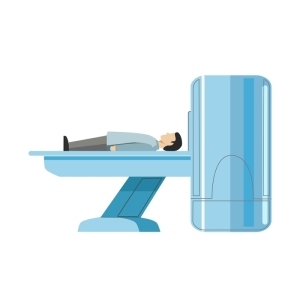 Results of a study that tested the model will be presented at the American Roentgen Ray Society annual meeting at the end of April in Washington, D.C.

Aside from skin cancer, prostate cancer is the most common cancer among men in the U.S., according to the American Cancer Society. The society predicts that there will be about 164,690 new cases of prostate cancer and about 29,430 deaths from the disease this year.

The medical community is increasingly using mpMR to detect prostate cancer. Zachary Nuffer of the University of Rochester Medical Center, who will present the findings, explained that when the machine learning model is paired with mpMR, that could reduce unnecessary costs.

To train the model, Nuffer and his team used data from 811 prostate mpMR exams from four tertiary care centers with expertise with this modality. The patients were required to either have no prior prostate biopsy or a negative prostate biopsy.

The team designed the model to predict PI-RADS category four or five lesions based on patient age, prostate-specific antigen level and prostate volume. They then tested it prospectively on 42 patients.

They found that the model was 73 percent accurate for predicting PI-RADS category four or five lesions on the basis of 10-fold cross validation. In addition, the model demonstrated a sensitivity of 75 percent and specificity of 82 percent.

The model was developed on the Microsoft Azure Machine Learning platform, which was launched in September. It can be accessed at birch.azurewebsites.net.