MR and CT singled out as drivers of U.S. health care spending

MR and CT singled out as drivers of U.S. health care spending 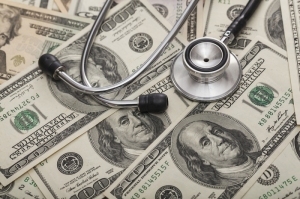 In Canada a CT scan costs $97
compared to $896 in U.S.
A new study published in JAMA provides some staggering insight into how U.S. health care spending compares to ten other high-income countries — and medical imaging stands out as an area of markedly disproportionate costs.

Relative to population, the U.S. had the third most CT scanners and second most MR scanners, (Japan had the highest ratio of each). The lowest per capita rate for both MR units and CT scanners was in the U.K.

The U.S. performed the second highest rate of MR scans and the highest of CT scans per capita — and the costs associated with these scans were significantly higher.

“While there have been various efforts to account for the differences, the aim of our study was to bring together a comprehensive set of data to examine whether the common explanations for why the U.S. spends so much hold up to scrutiny,” Dr. Irene Papanicolas of the Harvard T. H. Chan School of Public Health, told HCB News.

Papanicolas and her team based their analysis on data from key international organizations between 2013 to 2016. They compared underlying differences in structural features, types of health care and social spending and the performance between the U.S. and the other countries.

Ultimately, they found that the U.S. spent 17.8 percent of its gross domestic product on health care in 2016, whereas health care spending in the other countries ranged from 9.6 percent in Australia to 12.4 percent in Switzerland.

“Similar to higher prices for other services, this is likely a combination of many factors such as lack of price transparency and the reliance on a fee-for-service reimbursement system,” said Papanicolas.

Paul B. Ginsburg, director of USC-Brookings Schaeffer Initiative for Health Policy, believes that the price discrepancy is largely due to different payment systems among the countries. In most other countries, a single entity (government) sets a national fee schedule that all providers must adhere to.

“In the U.S., payers have had a history of passively paying ‘customary’ charges to providers. That has tightened up, but private insurers need to negotiate prices with each provider,” he added. “Providers who have leverage, whether through reputation or large market shares, have been able to negotiate high prices.”

Even public payors like Medicare likely pay higher rates than counterparts in other countries. That’s because lobbying is much more accessible, and if public payor prices are significantly lower than what private insurers pay, beneficiary access might be constrained.

In order to reduce health care spending in the U.S., Papanicolas believes a key area of focus must be on the high price of health care services and finding ways to lower them while maintaining or even improving quality.

“International comparisons, such as ours, are a useful tool for highlighting variations across health care systems,” she said. “Our findings illustrate the important differences in the prices and quality of health care services across countries.”

She added that more research is needed to further understand the demand-side and supply-side drivers of prices, quantity, and quality that can be used to generate appropriate policy responses.