The value of a radiology information system in a clinical setting

The value of a radiology information system in a clinical setting 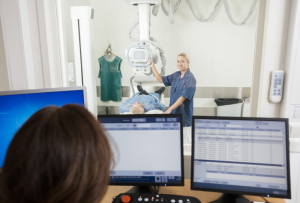 For the past few decades, radiology information systems (RIS) have lived in PACS’ shadow.

In the early days of PACS, the 1990s and early 2000s, RIS was PACS’ partner. You almost never heard of someone buying a PACS without a RIS. Then, for a host of reasons, RIS growth slowed (despite what companies that sell market reports stated to the contrary). The reasons were many and ranged from cost justification to the use of standards-based integration that allowed facilities to obtain best-of-breed solutions versus an all-in-one solution.

Today, RIS and electronic health record (EHR) systems with embedded RIS functionality are making a comeback. Lower prices for an integrated RIS and the high price that vendors often quote to integrate disparate systems is one reason, while having “one throat to choke” is often cited as a primary driver for choosing an integrated RIS. The use of cloud-based solutions that employ VM (virtual machine) hosting the hardware and software both in the cloud is yet another, especially since most IT (information technology) departments are overcommitted to supporting the existing clinical information systems they have now. Most importantly, though, is MACRA (Medicare Access and CHIP Reauthorization Act of 2015) and its paths for participation that involve quality improvement programs that RIS can address. The Merit-based Incentive Payment System (MIPS) and the Alternative Payment Models (APMs) pathways require participants to use certified EHR technology to develop programs that involve quality (50 percent), outcomes (25 percent) and cost containment (10 percent). Under MIPS, a provider’s base rate of Medicare Part B payments would be adjusted based on a composite performance score. Providers would receive positive, negative or neutral adjustments. In 2019, the maximum payment adjustment amount starts at 4 percent upward or downward. It then incrementally increases to 9 percent in 2022 and onward .That said, the financial incentive to use RIS and EHR technology is probably the biggest single factor for RIS’ resurgence. While a RIS alone cannot meet all of the MACRA requirements like electronic prescribing and creating a patient portal, although some do have this feature, it can help with many of the needs of a facility to improve quality, especially if the facility has an electronic medical record (EMR) in place already.

A RIS typically addresses the multiple functional areas, although there can be fewer or more modules than discussed. These include patient registration and scheduling; patient list management; modality interface using worklists (typically to a PACS via an HL-7 interface); document scanning; dictation and transcription, including custom report creation and speech recognition (although this typically is done using a third-party vendor like Nuance or MModal); auto-routing of results to the primary care physicians and others via email or fax; patient tracking; and many others. Some RIS providers also offer billing and ICD-10 verification as well as data dashboards, real-time data analytics, integrated mammography tracking and reporting and more.
1(current)
2