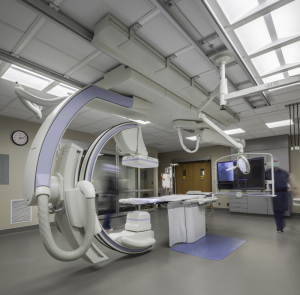 On a four-year revision cycle, the Facilities Guidelines Institute (FGI) is preparing to release a 2018 edition of its design standards for hospitals and health care providers, including imaging.

Most often, these updates are incremental, such as changing a minimum clearance from three feet to four feet (or vice versa), or add a subsection to account for a new delivery model, or a new technology. In fact, the structure of the design standard revision process is built around the idea of incremental change. Large-scale changes may sometimes create tensions with prior approaches, and may make many the practices based on prior editions of the standard obsolete.

While that is all true, prepare yourself for a seismic shift in the way the FGI addresses imaging services.

What are the FGI design standards?
The FGI design standards are published as what is referred to as a “model standard.” Model codes or standards don’t inherently have the force of law, but are developed and published for organizations or jurisdictions to adopt on their own. FGI standards are collaboratively developed with state code officials, architects, engineers and clinicians from across the country, representing the perspectives of a broad range of facility types, from large hospitals to small community clinics.

Most – but not all – states have adopted the FGI standards as their Department of Health standard for design or construction of new or renovated facilities. Any project that requires a building permit will typically be required to comply with the currently adopted version of the design standards, though many states take months (or years) to adopt the most recent editions of the standards. 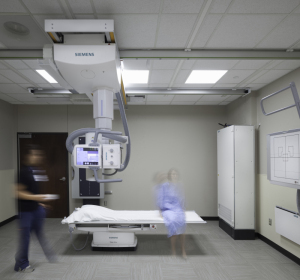 ‘Minimum requirements’ are not recommendations
Changes in the forthcoming 2018 edition of the FGI design standards, which may be implemented in your state soon, are both incremental and seismic. The incremental changes for imaging service requirements largely seek to increase the flexibility of the designer and facility planner. Too often have “minimum required” room areas been taken as “design recommendations,” leading to rooms barely large enough to accommodate equipment or clinical practice, and ill-suited to accept changes in either. To inspire conversations between planners and radiology professionals to “rightsize” these spaces based on the provider’s particular needs, in many imaging areas of the FGI guidelines prescriptive minimum area requirements have been removed.
1(current)
2
3