The future of AI in MR: Supporting clinical decisions

The future of AI in MR: Supporting clinical decisions 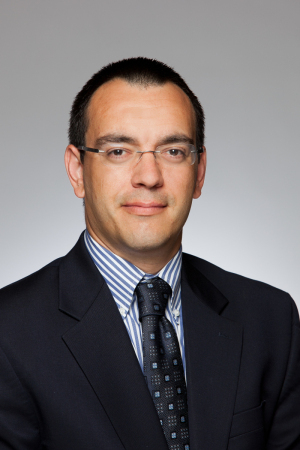 However, not all of this mushrooming interest in AI is suffused with enthusiasm. Amid speculation that AI will evolve beyond today’s assistive software programs to dramatically improve patient diagnosis and treatment, some radiologists remain concerned that AI will, ultimately, supplant them. Their concerns are understandable, but ultimately unfounded. After all, radiologic technologists voiced similar fears when equipment manufacturers began introducing increased automation features to imaging systems. The same technologists who feared for their jobs soon found that these automated features gave them more time with patients, a crucial gain in an era when patient scores impact hospital reimbursement rates.

The MR community’s increasing focus on AI isn’t an accurate predictor of AI’s impending dominance in radiology. Most experts agree that AI’s most significant clinical applications over the next several years will be highly specialized. They also agree that when AI begins demonstrating its full potential, it won’t take radiologists out of radiology. Rather, it will enrich their professional lives by augmenting their interpretive abilities and making their diagnoses more certain.

Already, we see examples where AI and machine learning (ML), the use of example data by computers for problem-solving, are making their presence felt in radiology by supporting improvements in efficiency, precision and standardization.

For instance, recent commercially available versions of MR software are informed by ML of anatomical landmarks. Databases benefiting from tens of millions of radiologist- and technologist-annotated MR images enable this software to automatically identify an anatomic structure, including the brain, spine and knees, and allow the same consistent, reproducible patient positioning without operator intervention.

With this advanced software, standardization of image quality is possible from patient to patient, and also for the same patient on follow-up exams. Standardizing the selection of the imaging plane and correcting for alignment in both axes leads to higher MR image quality. And standardization in imaging – when patient data is acquired the same way, under the same conditions, each time a patient is scanned – lays the groundwork for truly quantitative radiology. In the future, quantification could help the radiologist differentiate between acute and chronic lesions in multiple sclerosis (MS) patients and could potentially aid in prognosis and therapy response assessment. Also, automated volumetric analyses could potentially enable the radiologist to assess and monitor the progression of brain atrophy in these patients.
1(current)
2

Global MR imaging market expected to rack up $4.5 billion by 2024