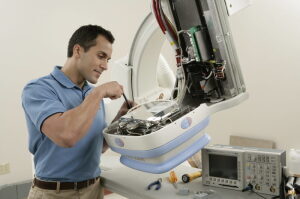 As hospitals seek to cut costs without compromising on the delivery of care, more of them are seeing the expansion of their in-house biomedical engineering departments as an attractive alternative to conventional full-service OEM contracts.

Stanford Health Care in Palo Alto, Calif., saved $1 million by training its in-house team to be first responders when servicing ultrasound systems. This is new territory for these in-house biomeds, who have historically serviced only non-imaging equipment.

The same trend is happening at Advocate Health Care in Downers Grove, Ill. For the past four years, the health system has added specialists to the in-house team to service higher-end equipment like CT, MR and linear accelerators.

“Our model has been to look at insourcing as much as possible because the math almost always adds up,” says Steve Vanderzee, system director of clinical engineering at Advocate. “We can do it for less if we can get our folks trained and have access to parts and service literature and support.”

Evidence suggests these in-house teams are confident in the service they’re providing in these expanded roles. At the Association for the Advancement of Medical Instrumentation conference in June, Siemens Healthineers had its customers rate their own quality of service and they stated that they view themselves as delivering the same level of repair quality as Siemens’ engineers. 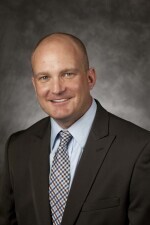 "That's probably driven by the fact that we train many of them in our training center here in North Carolina,” says Matthew McCallum, vice president of services business management at Siemens. “They get the exact same training that our engineers do."

Although in-house teams may provide comparable quality of service, hospitals still need the OEMs for high-level support. For that reason, manufacturers are offering increasingly flexible service contracts to meet the unique needs of individual customers.

From competitors to partners
"The bulk of our customers will still buy a full-service agreement that is inclusive of labor and parts, but that size of the market is declining,” says McCallum. “We have less and less customers buying a full bumper-to-bumper service contract.”

In October, Siemens will launch a shared service program called Share360 aimed specifically at meeting the needs of this evolving dynamic. It starts with an in-house assessment in which Siemens takes note of how the facility’s in-house department procures parts, tracks costs, recruits new engineers and trains them.
1(current)
2
3
4
5
6
7