The future of breast density

The future of breast density 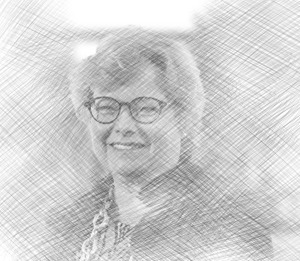 Several years ago, if you asked the average woman of mammography screening age if she had dense breasts, she most likely would not know how to respond – not just because she was not sure about her personal density, but also because she lacked awareness of what that even meant.

Today, thanks to a number of patient education initiatives, many women are more aware of breast density, but confusion surrounding what it means for them abounds, and the first step in providing clarity is for the industry to come to a consensus on how to measure and screen dense breasts.

Thirty-one states require facilities to notify women via mail after an annual mammogram if they have dense breasts with a letter detailing that a) dense breasts could increase the risk of cancer and b) density complicates imaging, making it difficult to detect lesions. However, the letter does not offer women guidance on what to do with the information.

On the physician side there is also confusion about whose role it is to educate women on what to do with this letter. Should it fall on the radiologist, who may not have a relationship with the patient, or the patient’s referring physician, who might have limited background in imaging and density?

There is still no uniformity in how to measure density, which further complicates the situation among patients and radiologists. Just as detecting a lesion can be interpreted differently by radiologists, so can the BI-RADS categories, affecting who receives dense breast notification letters and what type of screening they receive. Because density is a subjective measurement, there is no clearly defined marker for fatty or fibrous tissue.

Fortunately, artificial intelligence is evolving to the point of lesion detection, and may have the potential to positively impact density interpretation. A computerized system could be configured to identify breast tissue and read the spaces in between, and using a standard unit of measurement, uniformly place women on the scale of A through D, entirely fatty to extremely dense. This would ensure women who receive the notification letters, with certainty, fall into the dense breast categories, and the technology could replicate these findings consistently. With a specific unit of density measurement established, and clear screening guidance noted in the letters, we could ensure a better patient experience and improved health outcomes, something that providers, health care manufacturers and health systems alike are consistently striving toward.

If this artificial intelligence idea for density measurement becomes reality, then every state in the nation should be required to mail these notification letters, and just as the measurements and steps forward are consistent, so should be the letters’ language. While progress is being made, breast cancer screening guidelines are confusing, so let’s not make such an important preventive service any more trying on patients or their physicians. There’s no doubt these letters have benefitted us by bringing density to the forefront of breast cancer discussions, but the medical community needs to establish consistent measurement. By alleviating some of these ongoing issues, we can continue our shared mission of detecting more invasive cancers earlier, leading to earlier treatment and, ideally, better patient health outcomes.

About the author: Tracy Accardi is vice president, global research and development, breast and skeletal health solutions at Hologic.

Hologic and Google Cloud to collaborate on digital diagnostic capabilities