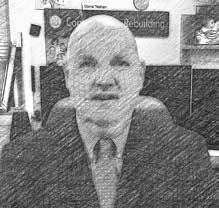 Donal Teahan, senior director of practice development in the radiology department at NYU Langone Medical Center, predicts that OEM service contracts will eventually evolve into what he calls “uptime contracts.”

Uptime is more important to him than the cost of service. That’s because it drives patient satisfaction, quality of care and efficiency as well as hospital operations in the imaging department.

“A service contract assumes that my equipment has to be down at some stage,” he says. “At some stage [the equipment will fail] during patient hours and we deal with that, but there are so many ways to proactively monitor a system now that you should be able to limit scan hours downtime.”

Teahan believes that OEM service departments will have to change how they manage service hours on equipment. He thinks that will involve proactively monitoring the equipment as well as the environment it’s in.

The OEMs offer remote monitoring for their imaging equipment, but the technology only monitors the equipment itself. For example, Teahan argues that the environment, including power, temperature, humidity and the chilled water supply, should also be monitored.

When an MR fails, a great deal of time is usually spent determining if the cause is the equipment or the environment, says Teahan. If the manufacturer monitors the chilled water supply, for example, it can prevent the MR from failing by alerting the hospital if it’s outside of the acceptable temperature range.

“Since a significant proportion of my hard down problems with equipment are caused by the environment, it would seem logical that the manufacturer would want to proactively monitor that,” says Teahan.

“It is not enough for the hospital building management system [BMS] to track problems. We need an integrated approach that puts the equipment and environment data in one space. This way we can proactively predict problems or respond rapidly when issues do occur.”

He adds that it would be simple for the manufacturer to build that monitoring capability into its equipment. But he has been in talks with them about this concept for the past two to three years and says they “haven’t gotten the message yet.”

The evolution of service agreements: From break/fix to business intelligence