Canon's acquisition of Toshiba Medical Systems is a done deal

Canon's acquisition of Toshiba Medical Systems is a done deal 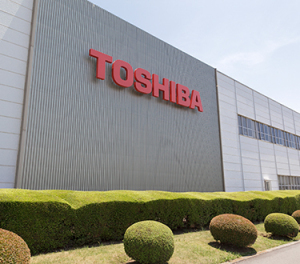 Canon had “concluded a shares and other securities transfer agreement with Toshiba Corporation on March 17, 2016," using a maneuver that, considering subsequent warnings from Japan regulators, is likely to remain unique.

The unit went to Canon for over $6 billion, as HCB News reported in March.

The unit was sold to help offset damages from Toshiba's $1.3 billion accounting scandal that surfaced in July involving overstated profits and false bookkeeping going back as far as 2009.

This week's resolution of the deal is the result of “clearance from competition regulatory authorities,” stated the company.

When the deal happened in March, the unique maneuver employed raised objections from jilted suitors and regulators alike.

The Canon-Toshiba deal got a regulatory nod of approval in May, but also earned a stiff warning from regulators at the time.

“We decided to make an announcement about the warning to let everyone know that it is not acceptable, so the same method won’t be used in the future,” Takeshi Shinagawa, director of the Fair Trade Commission's (FTC) mergers-and-acquisitions division, stressed at a news conference.

He warned that the novel maneuver, which made use of warrants, was possibly in violation of the law – despite the fact that no rule was broken explicitly.

Toshiba used a method to dodge potential legal entanglements in which it sold Canon an entity known as "MS Holding", a "special-purpose vehicle with but $300 in capital" formed solely to do this deal. The ploy took voting control from Toshiba Medical and gave it to MS Holding. This vehicle had only three shareholders — the former head of trading house Sumitomo Corporation, a lawyer, and an accountant. Each owned one-third of the entity.

Complaints poured in from other jilted Toshiba suitors. One, losing bidder Fujifilm Holdings, took its outrage public, noting that it "would make a mockery of the law."

That firm went so far as to state that "it is a method that companies like ours, with open, fair and clear policies, could never consider."

Fujifilm was displeased with the FTC decision to let the Canon-Toshiba deal go through. “We demand an explanation for why the scheme was allowed this time when it is not going to be accepted in the future,” the firm said at the time. “It was an unfair fight for us.”
1(current)
2