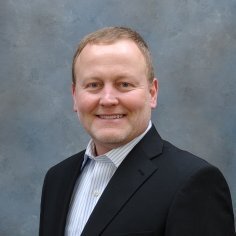 Pat Free
With 2017 around the corner, MIPS preparation has been top-of-mind for radiologists attending this year’s RSNA conference.

Radiologists have the opportunity to gain – or risk losing – four percent on their yearly earnings depending on how early they begin to prepare for reimbursement under MIPS. During RSNA, DOTmed HealthCare Business News connected with Pat Free, national vice president for radiology operations for McKesson, to address how radiologists can best prepare.

HealthCare Business News: What are the top three changes that radiologists need to make today as they relate to the MIPS measure in 2017?

Pat Free: First, radiologists need to become knowledgeable about the overall MIPS program. This will help them navigate it with ease later down the road. In addition to understanding the overall program, having a knowledgeable, approved registry partner is also beneficial to their transition. Lastly, all radiologist should know their environment. Is there an alternative payment model available? If so, what are the requirements? These are just some of the questions radiologists can consider when addressing MIPS.

Some factors that deter radiologists from fully embracing early MIPS preparation is their lack of experience or proper tools. For example, they haven’t had experience with Physician Quality Reporting System (PQRS), or don’t have an administrative infrastructure to develop the program. The cost of using a registry can also deter participants in early preparation. However, if groups fail to prepare now, they run the risk of being assessed a negative four percent adjustment to Medicare payments. Starting early is always the answer and based on the group’s final score, they can receive up to a four percent increase in Medicare payments as well as a potential 12 percent increase if they score at least 70+.

HCB News: The MIPS program has several categories under which radiology groups get scored on and then receive payment. Which of these categories pose the biggest challenge to radiologists? What will change in 2017?

PF: It’s estimated that around 95 percent of radiologists will report through MIPS. MIPS combines three prior, separate programs with the addition of a fourth segment – Improved Activities. For 2017, the value modifier, now called “cost” has been postponed until 2018. Non-patient facing physicians, including most radiologists, have an exception for the “Advancing Care Information” category for 2017. So, for 2017, most radiologists will have 85 percent of their score tied to quality and 15 percent to improvement activities. The challenge will be in selecting the measures that best fit their group.

HCB News: What is the difference between individual and group reporting? Why is it important under MIPS?

PF: Individual reporting is defined by their unique National Provider Identifier (NPI) or Taxpayer Identification Number (TIN). Through this option, a radiologist must select six measures per individual. They can use either claims-based or registry-based reporting. However, there are minimum measure selections for claims-based reporting. For improvement activities measures, the individual is responsible for attestation and meeting all deadlines. Group reporting on the other hand is defined by TIN and they must report on six measures for the entire group. The pro is that there’s greater selection of measures. If 75 percent of the group is non-patient facing, then the entire group is considered non-patient facing. However, with a group, you can only submit through registry-based reporting.