Should a hospital ED open an urgent care center?

Should a hospital ED open an urgent care center? 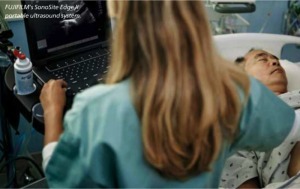 An estimated 13.7 percent to 27.1 percent of all emergency department visits could take place at an urgent care center or retail clinic, and that could save about $4.4 billion annually, according to a Health Affairs study from 2010. Urgent care centers first made their appearance in the 1970s as a carve-out of lower acuity care that was carried out in the ED or physicians’ offices, says Thomas Charland, founder and CEO of the consulting firm Merchant Medicine LLC.

There were numerous issues with the early centers, so the concept was put on hold until it re-emerged in 2006 in a more sophisticated way, he adds. Many former ED physicians with a high net worth began investing in their own practices and opening up urgent care centers. “Knowing that cost was going to be a major issue and payors would want to redirect lower-acuity care away from the ED, private equity realized that this was going to be a fast-growing market,” says Charland. “We started to see private equity money coming into the urgent care space.”

These centers offer high-quality care for common illnesses and non-life-threatening injuries on a walk-in basis with after-hours and weekend availability. Many also conduct X-ray exams and lab tests.

“One of the main reasons urgent care is growing across the country is because it provides patients with an alternative to the emergency room or freestanding emergency department, which can be too costly and time-consuming for many situations,” says Steve Sellars, president of the Urgent Care Association of America (UCAOA).

Most urgent care centers have waiting times of 30 minutes or less. The average cost of a visit is $150, compared to a $1,354 visit to the ED, according to a Medical Expenditure Panel survey.

One of the main reasons a hospital would open such a facility is to try to increase access points for their patients and make on-demand care more convenient. There is also a major focus on population health management and these centers could play an integral part in that.

“It turns out that urgent care centers touch more lives compared to any other service line that a hospital can offer,” says Charland. “It’s the perfect way to get more people to experience a service line [offered by a] health system.” In terms of financial considerations, if it’s still in a traditional market that’s driven by procedures and volumes, the ED will be significantly affected if the hospital opens an urgent care center.
1(current)
2
3
4