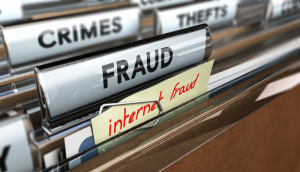 A long-term con by a gang of conspirators impersonating the Cerner Corporation has seen another verdict come down.

Albert Davis, 56, of Richardson, Texas, pleaded guilty before U.S. Chief District Judge Greg Kays to participating in a conspiracy to commit wire fraud. That's the fifth guilty plea in the scheme, U.S. Attorney for the Western District of Missouri Tammy Dickinson has announced in a statement.

He faces a maximum of 20 years behind bars without parole, a $250,000 fine and restitution, according to the Kansas City Business Journal.

The longstanding con began in August 2008 and was active until February 2015, according to the Kansas City Star Telegram.

Davis admitted that he led the conspiracy that included 4 others previously convicted, which led to losses by victims topping $9.5 million.

His codefendants David Hernon, 55, of Fishers, Ind. (formerly of Richardson, Texas), David Tayce, 67, of Lucas, Texas, and Richard Bryant, 41, and his wife, Christina Bryant, 41, both of Sachse, Texas, have also pleaded guilty to their roles in the conspiracy.

The elaborate scheme involved creation of a fake Cerner business entity for a similarly-named company, Cerner LLC, plus a fake bank account, Internet domain and a virtual office space in Kansas City, Mo.

They also made up fake employees – some of which were actually impersonating real Cerner Corp. workers.

They made up fake documents, price quotes, and invoices as well.

The scheme began to unravel, according to the initial complaint against Davis in 2009, as reported by Kansas City Infozine, after Davis allegedly convinced the Dallas Medical Center and Prime Health Care (which bought the center mid-fraud) to send wire payments to the fake bank account worth $1,061,550 for an MR machine.
1(current)
2