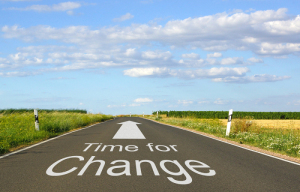 From the September 2016 issue of HealthCare Business News magazine

This past year has been a remarkable one for the business of community oncology. It’s seen a raft of new initiatives and reforms that have profound implications for how oncology services will be provided and paid for in the future. Among other things, this year we have seen:

• The Center for Medicare and Medicaid Innovation (CMMI) announced its Oncology Care Model to test episode-of-care payments for chemotherapy services for Medicare patients.

• The enactment of MACRA (the Medicare and CHIP Reauthorization Act), permitting hospitals for the first time to enter into gain-sharing arrangements with oncologists to reward them for reducing medically unnecessary hospital care, but also combining Medicare performance incentive programs.

• A new proposed Part B prescription drug model from CMMI that would begin to pay for drugs at average sales price (ASP) plus 2.5 percent, plus a fixed fee of $16.80, which would disproportionately disadvantage those, like medical oncologists, who purchase drugs that are more expensive, on average, than other prescription drugs.

• A 340B Drug Pricing Program omnibus guidance from the Health Resource and Services Administration (HRSA) that, if enacted as proposed, would significantly scale back the 340B program. Med-Pac recommendations to reduce Medicare drug payments to 340B eligible hospitals by 10 percent, and to redistribute those withheld payments to 340B hospitals with relatively higher rates of uncompensated care.

Impact of reforms
The combination of the BBA site neutrality provisions and the proposed changes in the 340B program is likely to chill or kill some projects that have been on hospital drawing boards — particularly oncologist-alignment transactions to convert physician office-based infusion centers to off-campus, provider-based sites of the hospital, as well as plans to establish new freestanding cancer centers off-campus.

Over the last decade, these have been some of the very few potential “win-win” oncologist alignment strategies left in health care. They have been a “win” for the hospital because the hospital could get paid higher Medicare hospital outpatient payment rates for community-based oncology services provided at these off-campus facilities, rather than be paid at lower Physician Fee Schedule rates.
1(current)
2
3