This Month in Medical History – WHO declares H1N1 pandemic stopped 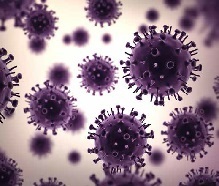 From the August 2016 issue of HealthCare Business News magazine

On April 15, 2009, the first U.S. case of H1N1 was diagnosed. The patient, a 10-year-old boy living in California, was the first to be plagued by what the media would latch onto as the Swine Flu. Just four days later, an 8-year-old girl, also in California, was diagnosed with the virus. There was no contact between the two and about 130 miles separated them. Both patients had flu symptoms including respiratory issues, fever, vomiting and headache. Fortunately, both recovered after treatment.

Medical professionals initially looked for a link to a virus found in American and European swine since the virus genes were a combination of genes closely related to genes found in H1N1 viruses that originate in pigs, hence the Swine Flu moniker. However, neither patient had any contact with pigs, so the direct link was quickly ruled out. Researchers at the Centers for Disease Control and Prevention realized they were dealing with a previously unknown and unique virus.

Within six days, the CDC was at work developing a vaccine. Five days later, on June 26, the U.S. government declared H1N1 a public health emergency. Just two days later, the first death, that of a 23-month-old toddler, would be confirmed. By June, the number of diagnosed cases in the United States had ballooned to 18,000. Worldwide, the virus was found in 74 countries. The availability of the vaccine was limited at first, and those most vulnerable, pregnant women, the elderly and young children, received the initial batches.

By November, 61 million doses of vaccine were ready and reports of new flu outbreaks were on the decline, allowing for more vaccinations to occur. In total, 80 million people received H1N1 vaccinations. Meanwhile, according to CDC estimates, between 43 million and 89 million people had been infected with the virus. The numbers vary so drastically due to H1N1 presenting much like other types of flu and many people not seeking treatment.

It’s important to put the numbers in perspective. For instance, the Spanish flu of 1918 killed an estimated 50 million people worldwide with nearly 675,000 deaths in the U.S. A flu outbreak nearly 40 years later killed just under 70,000 in the U.S., and the Hong Kong virus came to American shores in 1968 killing roughly 34,000. By comparison, the final death toll for the H1N1 pandemic, taken between April 2009 and April 2010, was estimated by the CDC to be between 8,870 and 18,300. There are pandemic experts who believe that number may be too low, with suspicions of high unreported and undiagnosed cases, although 98 percent of all flu patients in 2009 were diagnosed with H1N1.

By Aug. 10, 2010, the World Health Organization declared the global H1N1 flu pandemic officially over. The organization did add some words of caution to dampen the good news, though. It said, as is the case with most pandemics, that lesser outbreaks could potentially occur for years to come and that the public and health care professionals should remain vigilant. The weight of that warning was felt in 2014, with the first major resurgence of H1N1. The outbreak that year saw the virus account for 62 percent of the flu cases diagnosed.