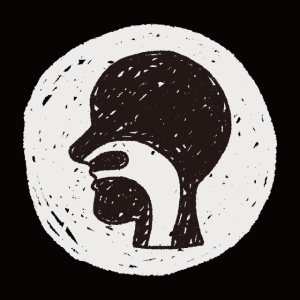 The esophagus
PET scans don’t appear to improve outcomes when used to detect recurrence of lung and esophageal cancers in patients without symptoms, and the scans may be overused in these cases, a recent study has found.

For the study, published in JNCI: Journal of the National Cancer Institute, researchers examined the cases of nearly 101,600 lung and esophageal cancer patients from 2005 to 2009 using information from the National Cancer Institutes Surveillance, Epidemiology, and End Results (SEER) program, as well as Medicare claims data on follow-up through 2011.

The researchers used patient demographic information and tumor characteristics to calculate risk-adjusted two-year overall survival. They also looked at the hospitals where PET scans were utilized and divided the facilities into quintiles based on a low or high use of PET for detecting cancer recurrence. The researchers didn’t include PET scans used for cancer staging or to monitor treatment, or to follow up a CT scan with an abnormal result.

Dr. Mark Healy of the University of Michigan Center for Healthcare Outcomes and Policy, and the lead author, said the study aligns with the goals of the American Board of Internal Medicine’s Choosing Wisely initiative, which advocates against over-utilization of unnecessary treatments.

“I personally think PET is a great technology for staging and following up with treatment,” Healy told HCB News. “There’s no reason to order these scans for someone who is asymptomatic. It provides a lot of useful information, but in this particular circumstance, it doesn’t appear to be helpful over other, lower-cost modalities.”

The study also notes that the 2013 decision memo from CMS limiting patients to three PET scans after cancer therapy is unlikely to curb overuse, but that this should be studied once there is more data available for the period after the policy was issued.

Dr. Ryan Niederkohr, chief of nuclear medicine at Kaiser Permanente Santa Clara Medical Center in California and president of the Society of Nuclear Medicine and Molecular Imaging’s PET Center of Excellence, said a limitation of the study is that it looked only at poor prognosis cancers.

“I don’t know that we can cross apply the conclusions of this study to all cancer types,” Niederkohr told HCB News. “There may be other cancers where early detection may be valuable.”

With head and neck cancers, for instance, treatment and surgery may be less complicated if the cancer recurrence is discovered earlier, Niederkohr said. The study also relied on data from several years ago. Since then, more targeted therapies, particularly for lung cancer, have been developed.

“I think all oncologists … need to be very mindful in the surveillance setting of when and how frequently imaging is warranted,” Niederkohr said. “That’s not just for PET. That includes CT and MRI. At the same time we, as a community, need to re-evaluate as new therapies are available.”