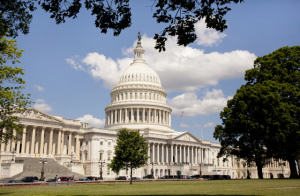 The American Society for Radiation Oncology (ASTRO) and 228 members of Congress who wrote to the Centers for Medicare and Medicaid Services (CMS) about the dangers of reducing the reimbursement rate to freestanding radiation therapy (RT) centers by 6 percent can declare a victory: On October 30, CMS announced that the reimbursement rate will be reduced by just 2 percent.

Despite that victory it will be difficult to determine the impact of the final rule on community-based RT centers — especially in rural areas and other parts of the country that are underserved, according to the society. The future is uncertain for these freestanding clinics, which, as of January 1, 2016, will be hit with pre-existing reimbursement cuts of more than 20 percent in the last six years.

"We appreciate the work of our congressional partners in protecting patient access to radiation oncology care and helping avert more drastic cuts," said Dr. Bruce D. Minsky, chair of ASTRO’s board of directors, in a statement. "ASTRO will continue urging CMS to heed the call from Congress to end the uncertainty and instability facing RT practices and their patients."

In an announcement issued on September 30 by the Radiation Therapy Alliance, Dr. Christopher Rose, chair of the organization’s policy committee, applauded Senators Richard Burr and Debbie Stabenow and Representatives Devin Nunes, Paul Tonko, and Robin Kelly for “[drawing] attention to these unjustifiable cuts and [urging] CMS to reconsider the proposed cuts and their negative impact on vulnerable patients.”

Cuts of between 5 and 10 percent could cause as many as 30 percent of freestanding RT practices to close their doors, according to an ASTRO-commissioned study in July of about 1,400 community-based centers across the country. Having reimbursements reduced to that level could force as many as 40 percent of practices to stop serving Medicare patients, while 60 percent of those surveyed said this level of cuts could force them to merge with other practices.