Will tomosynthesis reinvent the X-ray?

Will tomosynthesis reinvent the X-ray? 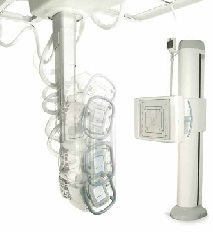 In our modern era of advanced medical imaging capabilities, radiography has settled into having somewhat of a “blue collar” reputation. It is quick, cheap, typically requires no contrast, and is easily accessible — all of which makes X-ray the most utilized medical imaging modality in the world. Denise Taber, radiology manager at Hennepin County Medical Center in Minneapolis, has witnessed 37 years of improvements to radiography, up close and in person. She knows as well as anyone that X-ray is much more than a time-tested exam — it has quietly evolved in its own right while newer and more exotic imaging tools grab the headlines.

By coincidence, Taber spoke to HealthCare Business News on the same day her hospital was cleaning out some old equipment. She and her colleagues shared a laugh watching some old technology going toward the exits (including some old pelvimeters, used to image the birth canal during labor, from the ‘80s) and for a moment were keenly aware of how far they had come. “Maybe 90 percent of our technologists have only learned CR/DR technology, so they don’t remember film and chemicals, hand-processing and all of that,” says Taber. And yet, despite those changes, she says the basic skills and application training for performing an X-ray are basically the same as ever.

As Lori Craig, director of Diagnostic X-ray for Philips, puts it, “We’re still using tube technology to place a shadow image on some type of medium for review.” That hasn’t changed. The transition from film to digital has probably been the biggest single change to radiography — leading to unprecedented speed of acquisition and reductions in dose exposure —but there have been many other changes, too.

For example, in the old days if a clinician needed to X-ray a series of vertebrae, the technicians were required to step in and adjust the system for each individual acquisition. With modern systems, automation and notarization take some of the manual labor out of he examination and free up technicians to do other things.

“In today’s environment where quality scores matter more than ever before, having a tech interface with the patient and making them feel better about the imaging process, that pays dividends to a hospital in a lot of ways,” says Craig, adding that Philips’ DigitalDiagnost radiography rooms were designed with these benefits in mind.

It also means fewer retakes. For aligning the X-ray tube perpendicular to the detector, Pierre Niepel, director of Radiography & Fluoroscopy for Siemens Healthcare, says his company’s MAXalign software automatically displays the angulation to help ensure the equipment and the patient are in the right locations to get the optimal acquisition on the first try.
1(current)
2
3
4
5
6