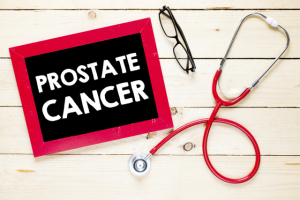 SonaCare Medical’s Sonablate 450, a focused ultrasound technology, has been approved to treat prostate tissue, according to the Focused Ultrasound Foundation. One of the benefits of this new technology is that it enables the treatment of organ-confined prostate disease while preserving healthy tissue, without radiation or surgery, according to the foundation.

The approval from the FDA refers broadly to treating prostate tissue with the Sonablate 450 and does not refer specifically to cancer. Still, the foundation noted, once a device is approved by the FDA, physicians are allowed to use their own judgment as to how they utilize it — and cancer of the prostate is a promising target.

“For men with conditions like prostate cancer, the option of a non-invasive procedure that can selectively target and treat diseased tissue is very appealing,” said Dr. Neal Kassell, chairman of the Focused Ultrasound Foundation. “American men have been traveling overseas for focused ultrasound treatment for prostate diseases for years, and we are pleased that they will now have access to this innovative treatment at leading centers in the United States.”

Koch is optimistic about the opportunity to use focused ultrasound with MR to localize the tumor, and then see where the tumor is on the MR while doing an ultrasound treatment of the prostate. This technology will allow physicians to be very accurate in terms of the treatment area — instead of just going in and destroying the entire gland, he said.

According to the National Cancer Institute, approximately 14 percent of men in the United States will be diagnosed with prostate cancer during their lifetime (based on 2010-2012 data). It’s estimated that 27,540 will die if their prostate cancer isn’t treated.

US oncologists earning more but still struggling to save: report