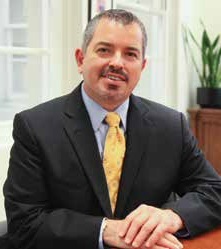 For this month’s installment of Hospital Spotlight, HealthCare Business News reached across the country to catch up with Joel Yuhas, CEO of Dignity Health St. Mary Medical Center, and found out he’s no stranger to traveling coast-to-coast either. Read on to find out more.

HCB News: How did you get involved in health care?
JY: Like many people who are pondering what they want to do in life, I initially had the thought of going into medical school. I was a biology major as an undergrad in my home of Cleveland. When you’re in high school, administration is something you don’t get a lot of exposure to. I was working at the pharmacy in Mount Sinai in Cleveland, and I really got a different exposure to hospitals and health care.

I took my GMATS and EMCATS, like many do, but I was excited about administration. I was excited to take my MBA in health care administration. I took on my residency under the chief nurse in Mount Sinai Cleveland. It gave me a broad understanding of how an administrator can have a positive impact on patient care and that really got me excited. After 10 years, I left and moved to Washington D.C. and Georgetown — on their cancer and Medicare programs and that continued to inspire my career. The previous CEO from Mount Sinai in Cleveland moved back to his home in California and contacted me to ask if I’d like to be his COO at a small hospital in northern California.

From there, to Tenet, then a large hospital in Philadelphia called Graduate. A mentor came out of retirement and asked if I’d like to come back to California. I came back and really loved the hospital. I’ve been the president and CEO since December 2014. I’m thrilled to be back in Long Beach and managing some great mission-driven programs.

HCB News: What is your hospital’s patient makeup?
JY: The hospital is a Medicare- and Medicaid- proportioned hospital. We’ve been serving Long Beach since 1923 along with our sister hospital St. Bernardine in San Bernardino. The founders are based out of Houston, Texas. We have a number of different mission programs, including an HIV care provider program which is the largest in the region. We’re also a teaching hospital with a large internal medicine residency program.

HCB News: What attracts staff to Dignity Health St. Mary Medical Center?
JY: I think there are at least two things that really attract physicians and employees. The first is that we have a faith-based mission. I know people certainly seek that out for their maternity experience and for various reasons, that mission really permeates. My goal for potential employees is for this to be the hospital employer choice because we’ve embraced the culture of human kindness.
1(current)
2

We’ll be talking more about fixing interoperability with AI in 2020. Here’s why.

Top healthcare IT predictions for 2020