The past reveals CT's future

The past reveals CT's future 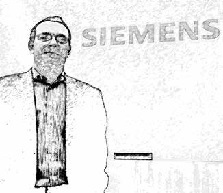 Murat Gungor
From the October 2015 issue of HealthCare Business News magazine
For the past decade, innovations in computed tomography (CT) favored high end technologies. As utilization of CT services grew, the medical field demanded solutions that could answer new questions with greater image clarity and much less radiation. For a time, you could seemingly plot the trajectory of new CT technology on a steadily increasing slope: more slices and more cost.

That changed, however, with the Affordable Care Act in 2009 and the Protecting Access to Medicare Act of 2014. Providers began looking for ways to bring care closer to the patient while replacing outdated CT technology. Demand began to build for CT in relatively low-volume or routine-imaging settings. Anticipating these changes, Siemens released not one but two new 16-slice CT systems in 2014 — a move that may have prompted some CT luminaries to check their calendars for reassurances that they weren’t living in 2002. But for years, we observed steady market activity at 16 slices, and based on these new developments, we also could anticipate increased interest in 16-slice CT scanners that could address concerns involving patient proximity to care.

With broader population health initiatives, CT imaging is establishing a role in a more diverse array of clinical settings — most significantly, the intensified interest in early lung cancer detection is creating new opportunities for CT. By increasing access to CT scanning, a high-risk population of individuals could benefit from increased vigilance.

What stymies many early detection efforts, however, is the inability of the medical community to persuade reluctant patients to come in for evaluations. As hospitals and health systems consider how to approach the health and well-being of their populations going forward, the ability to deliver early detection outside of hospital walls will become increasingly important. Last year, Siemens introduced a 16-slice CT system — the SOMATOM Scope — that is so small it can be sited on a mobile vehicle the size of a common RV. Since this type of vehicle does not require a commercial driver’s license, we can reduce the complexity of bringing CT imaging to a broader population. This type of out-of-the-box thinking may become increasingly attractive for health care facilities.
1(current)
2