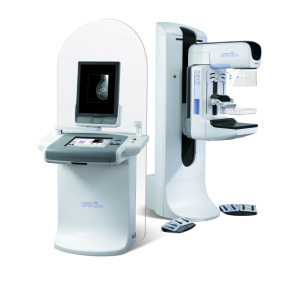 At RSNA 2011, Dr. Stephen Rose, founder and president of Houston Breast Imaging was invited to give a presentation on digital breast tomosynthesis. At the time, although the technology had received a fair share of write-ups, radiologists with handson experience were rare since earlier that year, Hologic’s Selenia Dimensions was the first breast tomosynthesis system to receive FDA 510(k) clearance.

DOTmed News interviewed Rose during the show and while he praised the technology, he admitted there were some challenges to overcome. For one, digital breast tomosynthesis, or 3-D mammography, existed for years and was in use in research facilities, but it was a new technology for the general health care marketplace. But digital 2-D mammography was also still relatively new to market, which meant facilities that hadn’t recouped the investment yet might be reluctant or financially unable to take a leap again so soon. That was coupled with a complete absence of reimbursement dollars, meaning facilities enlisting the aid of 3-D mammo would have to consider the peripheral value of the technology.

Rose predicted reimbursement would land within 20 percent of the current digital 2-D mammogram reimbursement scale. He also predicted that it would completely replace that technology by 2016. Although studies supporting the promise of 3-D are being introduced fairly regularly, Rose’s predictions have yet to be realized.

3-D mammo finds a home
Hospital consolidation may be a boon to 3-D mammo. Although it has led to less competition for the remaining facilities, they still need to attract and retain a customer base and the large health care systems are more likely to have the capital to do it. “Digital breast tomosynthesis is still evolving in many ways, it’s certainly very expensive,” Rohit Inamdar, senior associate and medical physicist for the Applied Solutions Group at ECRI Institute tells DOTmed HealthCare Business News. “It’s the well-capitalized and well-resourced that will be the early adopters. The counterpoint, if you are a large, independent women’s imaging center, having DBT in your facility may give you a strong marketing tool,” he says.

With 3-D mammo not receiving reimbursement, marketing is likely to be somewhere on the list of benefits when facilities are considering the purchase. That was certainly a point that Dr. Lara Hardesty, the director of breast imaging for the University of Colorado drove home when she made the case to purchase a 3-D mammo unit. “As a university practice, we have a very large number of patients who, once they’re diagnosed with an abnormality, want to come to us for care,” she tells HCBN. “But we had a difficult time getting them in for an initial screening.”