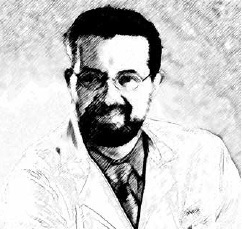 From the July 2014 issue of HealthCare Business News magazine

Women have options when it comes to supplemental breast imaging technologies.

One of those technologies is molecular breast imaging (MBI). With the use of a radioactive tracer and a nuclear medicine camera, MBI provides functional imaging instead of the anatomical imaging that mammograms, MRs and breast ultrasounds convey. However, it’s a fairly new technology and its role in breast cancer screening is still being determined.

Dr. Murray Rebner, president of the Society of Breast Imaging, spoke with DOTmed HealthCare Business News about the pros and cons of MBI and its potential.

What’s it got on MR?
For women who have dense breasts, positive BRCA1/BRCA2 mutations or a suspicious lesion, the next step after a mammogram would usually be an MR scan.

But it costs significantly less to do MBI. “In these days of cost containment, the price is significantly lower to have an MBI study than it is to end up having an MR exam,” says Rebner.

He adds that MBI’s low price is the “biggest selling point” but that it would be nice if MR’s price were to come down.

Rebner doesn’t think that MBI has any medical benefits over MR, however, he does think there are a few technical benefits. “Some patients are claustrophobic so I think tolerating the exam is probably easier for the patient,” he says.

Room for improvement if it wants to compete
One drawback of MBI is that it utilizes radiation to obtain an image and these days of dose-consciousness, that’s a big negative in the minds of many patients. Rebner says that manufacturers have managed to get the dose down to an acceptable level, but that may not be good enough in the long-term.

“Over a period of time I think you’re looking at increased radiation—not just to the breast but for these injections, we’re talking about whole body dose,” he says. “I don’t know if people really know what the cumulative effect is going to be for a lot of the radiation dispersed in the body.”

Also, it doesn’t have the high sensitivity level that MR has. “Right now, MR is still the standard of care for high-risk patients and that’s really the modality that’s got the highest sensitivity to detect breast cancer,” says Rebner.

But he says that in the future, that could possibly change and MBI could become the primary screening tool if its sensitivity increases. “I think for now, unless MBI comes in at a significantly higher sensitivity, I think MR is still going to dominate most of the practices around the country.”

So, what is the future?
Rebner thinks that MBI is just one piece of the future of breast cancer screening. “I think they’re going to have more choices,” he says.

He thinks that in the future, a woman might have a breast tomosynthesis done first and then if they’re at high-risk they might have additional screening with MR, breast ultrasound or MBI. “I think there are going to be other imaging tools that are going to be investigated over the next couple of years that could potentially play into the algorithm,” says Rebner.

The future of device service: No longer a cost center

The future of equipment maintenance