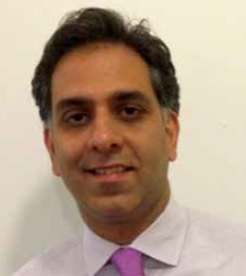 Today, independent imaging centers are facing everything from continuous reimbursement cuts to intense competition with hospitals. Fortunately, some centers have discovered ways to overcome those challenges. DOTmed HealthCare Business News spoke with Arun Jethani, CEO of Medical Imaging Specialists, about the biggest challenges standing in independent centers’ way and what they can do to stay in the game.

HCBN: How does the medical imaging business today compare with how it was 10 years ago?
AJ: A lot of radiologists who had hospital- based contracts started their own independent imaging centers and the hospitals really didn’t mind it 10 years ago. The reimbursements were continuing to rise — if we look at 2002 to 2005 they kept going up. The reimbursements for outpatient imaging and technology was continuously advancing. There was a lot of growth, for independent centers and physicians who wanted to own their own imaging equipment as well.

HCBN: What are some of the biggest challenges independent imaging centers face today?
AJ: I think today there are a few. One is that there’s a lot of concern on overutilization — for the people who are being ordered imaging [exams], is the study appropriate for that patient? Two is that the cost of imaging has gone up for patients. Insurance companies have increased the patient responsibility through increases in co-pays and deductibles. Three, the reimbursements to the centers have significantly decreased since 2007, since the Deficit Reduction Act and they continue to decrease. We were actually shocked a little this year to see that Medicare dramatically lowered the technical reimbursement on certain MRIs, for example. Doctors, owning independent centers, have to do a lot more at a much lower price.

Another thing that’s going on is that hospitals are purchasing both independent centers and acquiring referring physician doctors — so primary care doctors, cardiologists, orthopedic surgeons, neurologists, many specialties. The people that would typically refer to an independent center, the hospitals are buying those practices and are insisting or suggesting that those doctors refer to hospital-owned imaging, creating significant competition and lower volumes for the independent centers.