Is big data radiology's answer for the future? 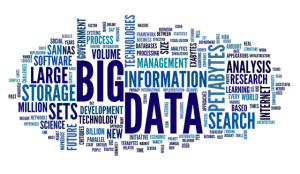 The term big data has been around for decades — and it's become a buzzword across many industries in recent years. Although health care has been slow to catch on, compared to other areas of health care, medical imaging lags even farther behind in using data analytics to improve efficiency and drive value.

But experts agree this has to change. In order for imaging to survive in a new payment system that steers away from fee-for-service, providers need to be able to demonstrate value.

During a webinar hosted by Frost and Sullivan and the global radiology practice, vRad, presenters agreed that big data and data analytics are the key to demonstrating and measuring value in imaging.

"Imaging as a service provider to the health care enterprise is in a seat where it's being pushed to a corner and trying to demonstrate its value and gain a place on the negotiation table with providers and payors to split this 'bundled payment'," said Nadim Daher, principle analyst at Frost and Sullivan.

External forces are urging a fee-for-value versus a fee-for-service payment system on providers, where they are being incentivized to improve care for patients by splitting the shared savings, so-to-speak.

Providers are not exactly driving the change, but they are beginning to realize they need to get on board as they continue to witness reimbursement cuts, said Daher.

For imaging in particular, what are known as descriptive analytics can be a tool to improve efficiency and drive value in imaging. For example, the data can give a practice specific information about patient throughput for MRI exams and can zero in on a certain area that could save money or make the process smoother.

Daher said next generation tools consist of predictive analytics, which look at big data gathered through the years to make a prediction — based on data — for what is going to happen; and then comparative analytics are able to benchmark one practice against a similar practice, for instance.

"These are two types of analytics where imaging can improve and raise itself to the next level," said Daher.

He said computer-aided detection, or CAD, is the next frontier, especially as more decision-making will depend on evidence-based decision support, and particularly appropriateness criteria for imaging.

But they have been proactive in turning their big data — from over 23 million exams — into operation plans for their practices to help improve service lines.

Montecalvo said the main obstacle vRad faced in developing a system was trying to use the billing data as the source of the data to create such operating plans.

"There's isn't a single nomenclature of imaging that is separate and distinct from the standard CPT billing data," said Montecalvo.

To solve this problem, vRad created a first-of-its-kind code, still patent pending, called the vCoder, which is essentially a code for every CPT code for imaging. Montecalvo compared it to a car's VIN number, which conveys a lot of specific information about a car.

The vCode is one of 23 attributes for a single imaging study that qualifies it in terms of modality, contrast use, body region, location and more. The information can then be used to improve operations as well as contribute to bigger picture analytics and reporting, which Montecalvo said is good not only for vRad, but for the broader radiology community.

"We don't want the payors or the government to be holding the light — we want to hold the light," he said.