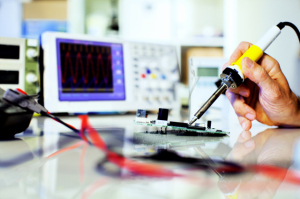 A new European Union directive for medical devices has kept manufacturers on their toes as they work to get new imaging equipment up to standard for the July 22 deadline.

The European Union’s Restriction on Hazardous Substances directive, or RoHS Recast (RoHS2), will require medical devices entering the EU to comply with stringent limitations on certain metals that can become toxic and leach into groundwater when disposed in landfills, or become hazardous ash when incinerated. The banned materials include lead, cadmium, mercury and polybrominated flame retardants, which are commonly found in the electrical components of medical equipment.

“The Recast RoHS directive is a CE-marking directive, which means your medical devices and imaging equipment cannot CE-mark the way you used to with the medical device, EMC and low voltage directive,” said Kirstin Rasmussen, a quality engineer at Northwire, a contract engineering company and cable manufacturer. “Requirements to assess all EEE manufacturers to demonstrate compliance with RoHS2 are legally enforceable. Some of the responses to non-compliant products include physical and laboratory checks on samples, documentation checks, handling complaints, ruling on penalties, withdrawing, prohibiting and even restricting your products from the EU.”

According to Northwire, it is not enough to simply modify products to comply by removing the hazardous and restricted substances. Manufacturers, importers, distributors, and authorized representatives, recognized as “economic operators”, are required to provide proof of RoHS2 verification on various forms of technical documentation — not limited to the Declaration of Conformity.

When RoHS was introduced back in 2003, the first compliance deadline applied just to information technology equipment, such as computers and printers. Medical equipment was exempt at that time, although manufacturers were aware that their products were next in line.

Carestream Health, for example, allotted a two-year window, starting back in 2012, to get 100 percent of parts in products ready for 2014. This affected 50,000 individual components in Carestream equipment and included all of its medical imaging equipment.

“Anything you declare in the EU as a medical device must be compliant by July 22nd,” Dale Parks, director of worldwide equipment compliance & commercialization regulatory affairs & quality systems for Carestream, told DOTmed News.
1(current)
2