The 1800's Father of Modern Neurosurgery

The 1800's Father of Modern Neurosurgery 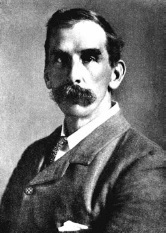 From the April 2014 issue of HealthCare Business News magazine
When complimented on his surgical talents, Sir Victor Horsley was known to throw back his head and let out a loud laugh. He believed that anyone could be a good surgeon by merely learning the mechanical skills involved in surgery.

But everyone around Horsley, the father of contemporary neurosurgery, knew that he was different. Horsley’s dedication to neurological research and remarkable success in the operating room set him apart from the rest. Referred to by colleagues as someone who “shunned delights and lived laborious days,” Horsley earned his place in history books by performing the first surgery to remove a spinal tumor. He also developed hemostatic bone wax, a substance used to control bleeding during surgical procedures.

Victor Horsley was born on April 14, 1857 in England. He completed his medical training at University College in London. While still in school, Horsley began doing pathology research, eventually becoming a professor of pathology at the university.

At the time, not much was known about the anatomy and physiology of the brain. Horsley’s appointment as a professor-superintendent of the Brown Institution gave him the opportunity to change that. The Brown Institution was a veterinary hospital and the first-of-its-kind physiological and pathological research center. During his six years at the center, Horsley’s research on animals led to major discoveries about the localization of function in the brain and conditions such as epilepsy.

Throughout his career, Horsley conducted research on a number of animals, including woodpeckers, ducks, and armadillos, in hopes that it would bring him closer to understanding human anatomy. In one famous experiment, Horsley removed the thyroid glands of monkeys to establish the gland’s role in determining the body’s rate of growth and development.

In 1886, he began working as a surgeon at the National Hospital for the Paralyzed and Epileptic in London. He performed a number of cranial surgeries, using an antiseptic wax he invented to control bleeding in cut or damaged bone. The substance became the standard of care for controlling bleeding in various procedures. While presenting at the International Medical Congress in Berlin in 1890, Horsley talked about the 44 brain operations he performed. He shocked the attendees when he revealed that only 10 of the patients Horsley operated on died. At a time when brain surgery was usually fatal, this was a remarkable achievement.
1(current)
2