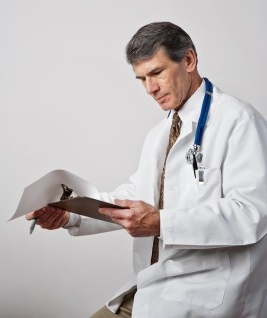 CT colonography is less invasive and clinically comparable to colonoscopy, but may bring up more results than anyone really needs, a new study found.

In the study, published by the British medical journal the Lancet, 1,600 patients were given either a CTC, aka "virtual colonoscopy," or a standard colonoscopy. The study confirmed previous findings, that the two tests are similarly sensitive in detecting bowel cancer, but it also detected a difference between the two: 30 percent of the CTC patients needed a follow-up test compared with only eight percent of patients who got a colonoscopy.

Some of the follow-up tests were given because the CTC detected large polyps, but one third were in response to small polyps that were unlikely to develop into cancers, the study said.

"CTC detects unimportant findings, so guidelines are needed to help doctors decide who should have a further test," said Wendy Atkin, professor at Imperial College London and joint-lead researcher for the study, in a press release.

Need for guidelines aside, the researchers hope CDC will gain ground, as patients tend to report more comfort with the less invasive procedure, and it does not require sedation.

Colon and rectal cancer is the second most common cause of cancer deaths in both the U.S. and the U.K., but cancer-screening rates can be as low as 54 percent in some parts of the U.S.

One recent study done at two U.S. Navy centers found that patients are more likely to get screened if given the option of CTC in addition to colonoscopy. Though preparation for the tests is the same, the procedure is not invasive and does not require patients to be sedated.

"With these [guidelines] in place, we have shown that CTC offers a viable option for people who are not able to or do not wish to undergo a colonoscopy for whatever reason," said Atkin.