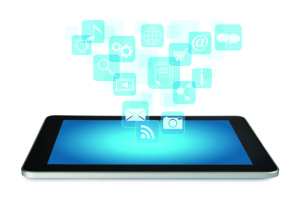 There are almost 1 million apps. Here are 10 you should use.

Chances are, if you’re reading this, you own a smartphone. A December survey by EPG Health Media found nine in 10 U.S. health care professionals possess a smartphone, while a spring 2012 Manhattan Research report forecast that 81 percent of U.S. physicians have one of the gadgets.

And you’re probably not just using it to play Angry Birds Star Wars. According to Juniper Research projections, some 44 million health care-related apps were downloaded worldwide last year. Estimates vary, but industry-watchers believe there are some 40,000 medical or health care apps available on Apple or Android stores out of a total app population that should reach 1 million by the end of this year.

That’s a lot of apps. But many of the ones supposedly related to health care are really on the consumer end of things (think “pregnancy diet tips,” not “diagnostic X-ray reader.”) A recent mobile health news report found that only 75 or 76 apps are truly considered “medical devices” in that they’re regulated by the Food and Drug Administration.

Still, for medical imaging professionals – radiologists, technicians, informaticists, administrators, and the like – finding a good, useful app amidst all the store-cluttering mediocrity can be a daunting task. To help you out, DOTmed News spoke with a couple experts in the field, gathering suggestions for useful apps they use themselves or heard about from talks with their colleagues. What follows are the recommendations we received.

Almost two years ago, Mobile MIM made a bit of history, becoming the first app ever cleared by the Food and Drug Administration for diagnostic image reading on a mobile device. It wasn’t always so rosy for the product. In 2008, it was pulled off the App Store site after a request by the FDA. But MIM Software persevered, and after three 510(k) applications, got clearance for the software in February 2011. In its original OK, the FDA approved the use of the app for diagnostic reads of MRI, CT and PET scans only if no workstations were accessible. In December of 2011, the indication was then expanded to include X-ray and ultrasound. In any case, all’s well that ends well. As of Nov. 2012, MIM Software said it has had more than 250,000 downloads of the app. (The app is free but you need to be part of MIM Cloud or use a MIM workstation 5.1 to get the most out of it.)
1(current)
2