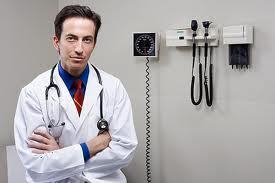 Hospitals that offer Gamma Knife services are bracing for a steep dip in revenue, and at least one Gamma Knife center worries it might have to close its doors.

The fiscal cliff compromise bill reached earlier this month helped health care providers avoid, at least for now, a nearly 29 percent dock in Medicare reimbursements. But it comes at a cost. The package, called the American Taxpayer Relief Act of 2012, also included a massive snip to advanced imaging services and a projected $300 million in cuts to radiation therapy providers over the next decade. And not just any radiation therapy providers -- it affects those who use Gamma Knife equipment, a device that uses multiple radioactive Cobalt-60 sources to treat brain cancer and other neurologic problems.

According to a notice published by the American Society for Radiation Oncology, the cuts aim to bring down hospital outpatient reimbursements for Gamma Knife procedures to the level of payments for radiosurgery technologies based on linear accelerators, such as those made by manufacturers like Accuray or Varian.

The cuts are estimated at around $4,000 or about half of what Medicare originally paid for the procedure.

"We treat generally between 150 and 200 patients a year, so you can see that adds up to a sizable reduction in reimbursement," Dr. Jeffrey Bogart, chair of the radiation oncology department at Upstate University Hospital in Syracuse, N.Y., told DOTmed News.

Upstate's CEO, Dr. John B. McCabe, reckons the total loss to the center will be around $1.6 million from 2013 to 2022, out of a total $26 million squeeze from various cuts included in the fiscal cliff package.

"Is it the end of my budget? No, but as a single entity it is a significant cut," he said.

The Gamma Knife, made by the Swedish firm Elekta, is used mainly for treating brain cancer, but is also used for some neurological and vascular disorders, such as trigeminal neuralgia, which causes nerve pain in the face, and arteriovenous malformations, tangled arteries and veins in the brain that can bleed. According to Bogart, Gamma Knife treatments are well-accepted, and thousands of peer-reviewed articles about outcomes of the treatment have been published over the past few decades.

"The GammaKnife by far is the most tested system," he said. "I think overall there have been more than 700,000 patients treated worldwide since the late 1960s."

Maintaining the system, though, involves some expense. The Cobalt-60 sources need to be replaced every few years, and specially trained staff are required to deal with the radioactive material, Bogart said.
1(current)
2