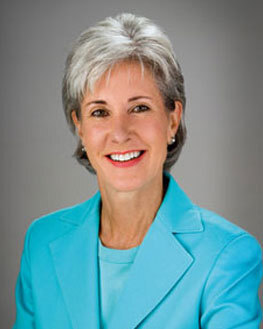 The rules, issued by the Health and Human Services Department, lay more of the groundwork for the Affordable Care Act before key parts of the law take effect in 2014.

"The Affordable Care Act is building a health insurance market that works for consumers HHS Secretary Kathleen Sebelius said in a statement. "Thanks to the health care law, no one will be discriminated against because of a pre-existing condition."

Starting in 2014, insurers can't deny coverage or vary premiums based on pre-existing conditions, health status, claims history, coverage duration, gender, occupation or employer size or industry, the HHS said. However, payers can vary premiums by age, tobacco use, family size and location. States can also choose tougher standards than these minimum ones.

The rules also contain guidelines for "catastrophic" plans — ones with lower premiums that protect against high out-of-pocket expenses in the event of an emergency, and cover preventive health services without cost-sharing. The HHS said these would provide "affordable individual coverage options for young adults and people for whom coverage would otherwise be unaffordable."

HHS also specified new steps insurance companies must take so consumers are better able to judge among all non-grandfathered, individual small group market plans. Part of this involves clarifying what "essential health benefits" the plans have to offer within 10 categories, such as hospitalizations and prescription drug coverage. Within these EHBs, plans will have to equal the offerings of a state benchmark plan, such as one of the three largest plans offered to state or federal employees. If plans miss any of the categories, the rule requires the federal or state government to supplement the plan.

"In the EHB rule, CMS increased the responsibility of plans to offer a generous pharmaceutical benefit," the group said in an e-mail. "Specifically, they increased the 'one drug per class' standard to a higher standard in which the plan must cover one drug per every category or class, or the same number of drugs as the EHB benchmark-whichever of the two is greater. Avalere research (cited by CMS in the rule) shows that the EHB benchmark plans — most existing small group plans — cover more than one drug per class."
1(current)
2