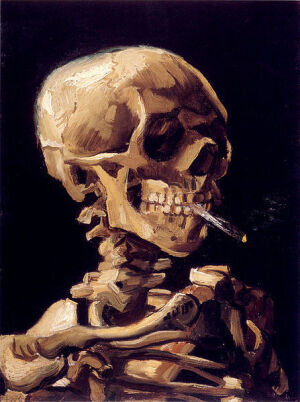 Rising cancer incidence could
lead to more device sales
Cancers caused by the growing ranks of tobacco smokers in developing countries, among other factors, will help fuel sales of radiation therapy devices in those markets, according to a new research teaser.

Research firm GlobalData said this week that increased tobacco consumption, along with aging populations, will cause cancer rates to increase in fast-rising countries like India and China. The growing cancer burden will therefore result in more cancer patients and, in turn, more purchases of linear accelerators and other cancer-zapping technologies.

According to the London-based group's predictions, worldwide the radiation therapy device market will grow from around $2 billion, as of last year, to about $3.6 billion in 2018, for a compound annual growth rate of about 9 percent. However, China and India, for instance, are expected to enjoy a CAGR of around 14 percent.

GlobalData analysts predict rising sales in developing countries like Brazil, India and China, in part because of a serious shortage of equipment. For instance, China has one linac per million residents, but the World Health Organization recommends at least four per million, according to research GlobalData shared with DOTmed News.

India, with a smaller estimated current market size of $82.6 million, is predicted to reach $206.7 million by 2018, according to the research firm.

While many factors will go towards the growth in radiation therapy devices -- rising incomes, greater investment in health care by developing countries and a graying population -- GlobalData singled out the impact of tobacco use.

But smoking will probably have the biggest effect on China, the world champ in tobacco consumption.

In fact, more people in China smoke than there are citizens in the United States -- at least, according to a February Gallup poll. The poll found that 30 percent of Chinese adults smoke regularly or occasionally, which translates to about 320 million people. Three thousand Chinese die every day from smoking-related illnesses, the survey firm estimated. By 2050, that number could be as high as 8,000.

By contrast, an estimated 18 percent of Indian adults smoke, the firm said.

GlobalData said its analysis is based on research with marketing, product development, and investor relations executives at radiation therapy device companies in Europe, North America and Asia.