Exclusive: PACS needs to get smarter 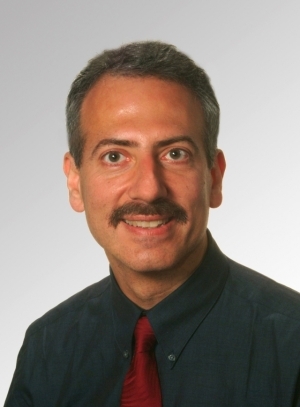 It became the first health care facility in the world to feature an all-hospital PACS. Now, over the next few weeks, the hospital is looking to shake things up again: it's examining vendor proposals to replace its existing system with the next generation of PACS technology.

But although PACS have changed since the hospital made the digital transition, they haven't changed enough, according to Dr. Eliot Siegel, the mastermind behind the hospital's PACS adoption and one of the early pioneers of the digital image technology.

"I think it's almost comic, but actually tragic simultaneously, how 20 years after we initially bought the system, how little progress from an intelligence perspective there has actually been," said Siegel.

DOTmed News spoke with Siegel, who's also a radiology professor at University of Maryland, and who recently gave the Dwyer lecture on the future of PACS at the annual conference of the Society of Imaging Informatics in Medicine (SIIM). We talked about what he wants to see in next-gen PACS, bringing IBM's Watson to medicine and his hopes for a Center for Computational Medicine. Here's part one of our talk; check back tomorrow for the rest.

DMBN: In a preview of your talk at SIIM, it mentions your belief that PACS are still overly beholden to film. Why is that?

SIEGEL: I think in a lot of ways the processes in hospitals, and the way PACS works, haven't really changed very much since they were paper-based. So for example, it would be great to be able to automate the process of setting up scanning protocols with CT and MRI, based on the reason for an examination. It would be great to be able to, in a more automated way, follow up on recommendations. If I have to make a recommendation that a patient should have a CAT scan, after I see what might be an abnormality on a chest X-ray, right now we're operating just as though the systems were on paper and not digital, because there's no automated way to track that follow-up.

There's also no mechanism to be able to connect my electronic medical record with my PACS, so that when I'm on my PACS and looking at different images, I have to open a whole separate window and sign into the hospital computer system to bring up patient information. The systems act as though they're completely independent entities...

The same thing happens with radiology reports in the EMR. The reports are digitized in the sense that if I want the information, I can look up an image report, but there's no hyperlinking, there's no idea of being able to index that information, there's no idea of being able to intelligently search or take advantage of the fact that I have certain types of information available to me. For instance, if a patient has a history of breast cancer in the family, there's no automated way, if I'm reading the mammogram, to have that information brought over from the EMR.
1(current)
2
3