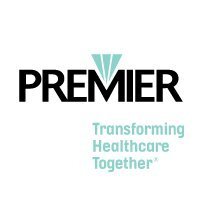 More hospitals will lower their capital equipment spending this year as they struggle with reimbursement cuts and other budget constraints, according to a group purchasing organization's online survey of member C-suite executives and supply chain managers.

In the GPO Premier health care alliance's survey of 730 members, almost one-third said capital budgets declined over last year, a gloomier outlook than was presented in the GPO's survey from spring 2011. However, a majority of respondents still said their hospitals' budgets remained the same or increased, even if this majority shrank slightly from last year.

The results were published in the GPO's latest issue of Economic Outlook.

In the survey, 35 percent of respondents said capital budgets declined from last year, compared with only 28 percent who said the same thing in the survey taken from spring 2011. Around 22 percent said budgets were flat, while 43 said they had increased. In last year's survey, 26 percent said budgets were unchanged, while 46 said they had gone up.

Much of the money that was being spent was not going to equipment, but rather to information technology upgrades or infrastructure projects. A plurality (43 percent) of respondents said the largest investments would go to IT and telecommunications, and 30 percent said it would go to infrastructure. Only 11 percent said imaging equipment, and 7 percent surgical suites, would enjoy the biggest infusions of cash.

The survey had a response rate of 7 percent, and 45 percent of respondents were from hospitals with 200 beds or more. Most respondents were C-suite executives, supply chain managers or service line managers.