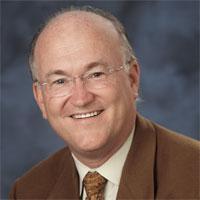 Don Jones (Credit: Qualcomm)
By the end of this year, the planet Earth will have more mobile devices than people, one of several factors driving telecommunications companies to make a big bet on wireless health, according to a telecom executive.

"More people have access to a cellular connection in the world today than they do to running water and electricity," Don Jones, vice president of wireless health with Qualcomm Life, told attendees Monday at a talk on mobile health innovations at the 9th annual World Health Care Congress in Washington, D.C. "This is going to be the only computer most of the world has."

According to estimates shared at the meeting, more than 7 billion connected devices will be in circulation by the end of the year.

And the boom in the smartphone coincides with a growing urgency to control global health care costs. According to a slide Jones shared with the audience, about 400 million people worldwide are obese, and nearly 860 million suffer from a chronic disease. The price of helping these people is so high that earlier this year Standard & Poor's warned that many G20 nations, including the U.S., could get downgraded if health care costs weren't reined in by 2015, Jones said.

Jones said Qualcomm is investing in mobile health. It runs a $100 million fund for wireless development, and last year it also launched the $10 million Tricorder X-prize. Named after a fictional tool in Star Trek, the contest is meant to encourage developers to come up with a diagnostic device that patients could use at home but which would have greater accuracy than a "panel of physicians." So far, about 165 teams have signed up for the competition, Jones said.

Even if the tricorder remains in the realm of science fiction, wireless products are already hitting the market, helping patients manage everything from diabetes to infertility, Jones said.

For heart disease alone, several companies have released "mhealth" alternatives to the Holter monitor, the wearable ECG reader. One, called iRhythm, is a "smart bandaid" that follows the Netflix model. You stick the device on your body, and after it has made its readings, you can stuff it in an envelope and mail it back to the company, and then they'll pull the data off the device. Another company, EPI, offers a cellphone connected to a monitoring center in Singapore to do ECG readings, while AliveCor turns an iPhone into a single-read ECG line. AirCor's device is not yet Food and Drug Administration approved, but Jones said a small clinical trial of 60 patients, which ran over eight weeks, identified 13 who had a clinically significant undiagnosed arrhythmia. Because of a discovery in one patient's case, an airplane was forced to make an emergency landing, he said.

For imaging, Great Connection, which recently launched in Saudi Arabia, makes ultrasound scans immediately available on a woman's cell phone. And DuoFertility uses core temperature and other monitors to determine the best time couples should have sex to optimize fertility.

Jones suspects these products can even drive down costs. ZocDoc, which launched in 2007, lets patients find doctors and schedule appointments online. Once it has tens of millions of users, Jones speculated that patients might be able to use it to bargain hunt for the cheapest MRI scan, for instance.

"You can imagine a world where that MRI [scan] could go up for auction," he said.