A big month for imaging and health IT 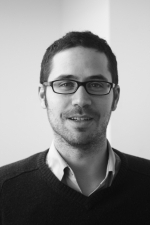 From the April 2012 issue of HealthCare Business News magazine

Even before HIMSS' annual meeting took place in late February, health IT folks were chattering on the Web about the big news everyone knew would be dropped at the show: the Office of the National Coordinator would unveil its proposed rules for Stage 2 of meaningful use.

The rules were duly unveiled, and the imaging community had a nice surprise. Unlike in Stage 1, imaging now has an explicit role: one criterion proposed by the ONC requires providers to make at least 40 percent of scans they order accessible via a certified EHR.

Reporters have said when this imaging objective was teased during a town-hall style meeting at HIMSS, the audience cheered. Companies in the business also seem at least tentatively pleased by it. In a late March release, Gail Rodriguez, the head of the Medical Imaging and Technology Alliance, a trade lobby for OEMs, dubbed the rules "an important step forward" and praised the Office of the National Coordinator for recognizing "for the first time, the importance of the capability of viewing images and imaging information."

EHR dust-up
Still, this past month hasn't been all good news on the health IT and imaging front. Only a couple weeks after the rules were announced, an article appeared in the health policy journal Health Affairs, arguing that the sort of ready access to imaging results afforded by health IT technologies, like EHRs, was actually linked to greater imaging utilization, not less, and thus potentially higher costs. This study drew a quick rebuttal (covered by DOTmed News) from Farzad Mostashari, the ONC chief, who wrote on his blog that the findings depended on older, outdated systems and that in any case, the researchers focused on health IT in general, and not EHRs. The study's authors in turn fired back on Health Affairs' blog, standing by their findings and arguing that no new programs came out since the time their study was run (2008) that were revolutionary enough to have changed its outcomes.

Who's right? Who knows. However, there might be a case to make for electronic access to imaging cutting back on utilization in at least one area: repeat imaging after patients are transferred between hospitals. A study, published in the American Journal of Roentgenology last month, found transferred patients whose scans were uploaded into a hospital's PACS were much less likely to get a repeat, and probably unnecessary, CT or MRI exam. Our story about this study, which was the 10th most-read item of the month, appears on page 12.

If you have a news tip or comment, write to me at brendon@dotmed.com.