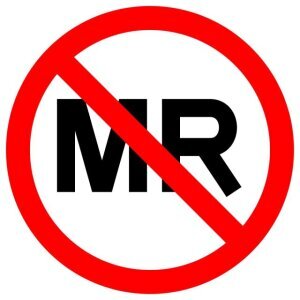 A wheelchair brought into an MRI suite when a patient was being scanned turned into a projectile that has left a British hospital with a nearly $32,000 repair bill.

The Telegraph reports that the accident at Southampton General Hospital in Hampshire required the MRI unit to be out of commission for two days.

The paper cites an unnamed "hospital insider" who said a nurse apparently rolled the chair into the exam suite despite warning signs advising not to enter while a scan was being performed.

Once the chair was pushed inside the room, it immediately flew into the scanner and was "bent round into the part where the patient lies," the source said.

However, the two people in the room at the time, the radiographer and the patient, were unharmed, the newspaper said. In fact, the patient had apparently just moved away from the scanner, according to the account.

A hospital spokesman told the paper that the facility was investigating the incident.

MRI mishaps are rare, but when they happen, they can be deadly. The FDA hosted a two-day workshop last fall on the subject, which happened to coincide with the 10th anniversary of the tragic death of Michael Colombini. In summer 2001 while undergoing an MRI scan, the six-year-old was killed when an oxygen canister, turned into a missile by the MRI magnet, struck him in the head, according to reports.