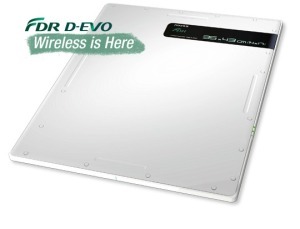 The FDR D-EVO Portable Upgrade System can be installed in AMX 4 or 4+, popular mobile film X-rays made by GE Healthcare, and lets them use Fuji's wireless FDR-DEVO family of flat panel detectors. The upgrade also comes with the FDX Console workstation, Fuji said. This allows radiologic technologists to preview images at the patient's bedside during the exam.

About 8,000 AMX units are used worldwide, GE said in a brochure on its website.

Fuji's upgrade system means the portable units are compatible with the wireless FDR-DEVO, originally released last spring to convert computed radiography or film X-ray rooms into digital radiography ones. The device employs what Fuji calls ISS, or irradiation side sampling, technology, resulting in a relatively high detector quantum efficiency, or the ability of the device to pick up clear images, according to the company.

Fujifilm Medical Systems USA, based in Stamford, Conn., said the new system was its first analog-to-digital upgrade offering for mobiles.