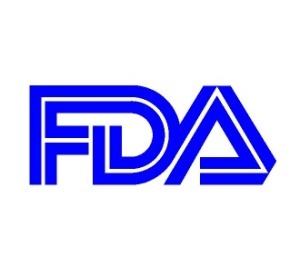 A Food and Drug Administration investigation into unapproved handheld dental X-rays sold online apparently began after a dentist bought a device last summer off eBay that leaked too much radiation, DOTmed News has learned.

Last week, the Food and Drug Administration said it launched an investigation into devices being sold online but manufactured abroad that haven't been approved by the agency, don't carry proper warning labels, and don't meet U.S. performance standards.

And it seems the agency was alerted to the matter after the Washington State Department of Health discovered a foreign-made X-ray which failed safety standards, according to the agency and a department spokesman.

The agency said in a press release Friday that some manufacturers have been selling handheld X-rays online that haven't been reviewed by the watchdog agency. In order to be sold legally in the United States, manufacturers must first submit premarket applications with the FDA and meet a variety of performance and labeling requirements. Devices that don't meet these standards always carry the risk of exposing patients and operators to harmful X-rays, the FDA said.

When contacted by DOTmed News, an FDA spokeswoman said the agency couldn't reveal more information about the specific products or companies being looked at, or the extent of the problem, as the investigation is ongoing.

But in a release the agency did say it was alerted to the problem by Washington State health officials, who tested a device that failed to meet proper safety standards.

A spokesman from Washington's health department said the affair appears to have begun last August, when a dentist bought a foreign-made handheld X-ray off eBay. The dentist then contacted the department to inspect the device, as according to state regulations, X-ray scanners have to be inspected by the state's Office of Radiation Protection, the department said.

When inspectors visited the dentist's office and tested the device, they found it lacked a backscatter shield, had a higher than normal radiation leakage and failed operating voltage accuracy tests, the department said.

"It was outside of standards," department spokesman Donn Moyer told DOTmed News by phone Wednesday. "We would call it not safe. It's not safe for use if it's outside those standards."

Moyer said the dentist agreed not to use the device, and that, so far, it's the only case like this they know of.

What to look for

The FDA has said it's now in touch with local regulatory officials for its investigation and is telling dental and veterinary societies to alert their members. Doctors who have bought equipment should make sure their products carry the correct labels, ask the vendor if the device was reviewed by the FDA, and search for its name in the agency's approved devices database, the FDA said.