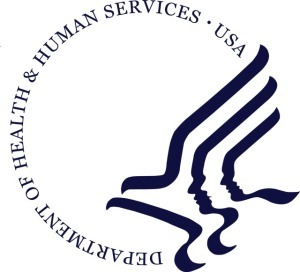 The Obama administration's proposed $3.8 trillion federal budget for fiscal 2013 includes a Medicare requirement that would make doctors get prior authorization before ordering an advanced imaging test. It also could slash millions in reimbursements to doctors, as it proposes lowering payments for advanced imaging equipment to account for "higher levels of utilization."

"The rapid growth in the number and intensity of imaging services over the last decade raises concerns about whether these services are being used appropriately," said a budget outline released Monday by the Department of Health and Human Services.

The proposed budget was quickly slammed by medical imaging device manufacturers, who said it was "recklessly limiting access" to imaging for seniors and could slow down job creation in the industry.

"Reducing seniors' access to early disease detection by cutting imaging reimbursements and adding an unworkable prior authorization system will negatively impact health outcomes, lead to more health care spending and is contrary to the president's goal of spurring advanced manufacturing in communities across our country," Gail Rodriguez, the new executive director of OEM lobby the Medical Imaging & Technology Alliance, said in a statement.

In the proposed budget, the Centers for Medicare and Medicaid Services said that although the growth of imaging has "mediated somewhat" in recent years, Medicare payments under the physician fee schedule have shot up dramatically over the past decade. As a result, CMS said it was listening to MedPAC suggestions that imaging might be "mis-priced." Starting next year, the agency proposes to cut payments for advanced imaging equipment to take into account higher rates of utilization, in a move it says will bring in $40 billion in savings for fiscal 2013 and $820 million over the next decade.

In addition, under one of 16 anti-waste proposals, which aim to cut out about $3.6 billion in wasteful or fraudulent spending over the next 10 years, the agency is proposing to set up a prior authorization scheme.

"This proposal would adopt prior authorization for the most expensive imaging services to ensure that these services are used as intended and protect the Medicare program and its beneficiaries from unwarranted use," the HHS budget outline said.

The CMS said that many private health insurers have already adopted similar plans to "manage spending growth," and that the Government Accountability Office asked CMS to consider prior authorization plans among others to control the rise in spending. That said, the provision was listed as having "no budget impact."

While the specifics of the imaging proposals haven't been fully released, American College of Radiology spokesman Shawn Farley said they appear similar to what was proposed in last year's federal budget, and which were ultimately defeated.

If the payment cuts for imaging equipment to account for higher utilization is an increase on the assumed utilization rate, as it seems to be, the current rate, at 75 percent, is "already too high," Farley said. ACR said a Radiology Business Management Association survey from 2009 suggests the actual average utilization rate is closer to 54 percent.

"Basically these cuts place barriers to care in front of seniors that don’t need to be there, and could result in dialing back the clock on advances made against cancer and other serious illnesses," Farley said.