Report: CT and MR angiography not as widespread as predicted 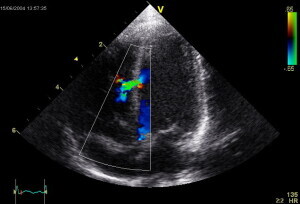 Echocardiography remains
one of the most
commonly used imaging
modalities in cardiology.
Cardiologists say they expect to start cutting back on the number of diagnostic imaging exams they run on each patient, possibly in the face of more restrictive reimbursement rules from payers and the release of new appropriateness criteria, according to a new market research teaser released Thursday.

CT and MR angiography have also not caught on as quickly as was predicted in surveys taken four and six years ago, market research firm IMV said in the report, an update on surveys run in 2006 and 2008. However, echocardiography and nuclear medicine remain the most popular modalities in the field.

In the report, IMV said in 2008 cardiologists might have used around three or four tests to diagnose a condition. But now they use fewer tests per patient, and appropriateness guidelines might have a role in this. For instance, in late 2010, eight medical societies released new heart CT criteria to clarify formerly ambiguous recommendations, IMV said.

"Consequently, while the use of CT angiography as a primary imaging modality is continuing to expand among U.S. cardiologists, its use has not caught on to the extent anticipated by cardiologists in IMV's prior 2006 and 2008 studies," Lorna Young, senior director of market research with IMV, said in a statement.

CT angiography is often used now as a follow-up test to a positive echocardiogram or SPECT reading, Young added. About two-thirds of American cardiologists order CT angiography exams every month, whereas nine out of 10 routinely order SPECT, cardiac ECHO and cardiac catheterization procedures, IMV said. However, the group said CT angiography should still grow by 2014.

A similar slower-than-expected growth was also found in MR and MR angiography. Although expected to become more widespread in 2008, in the current survey it was not named as a so-called "top three modality" for any of the 11 cardiac indications included in the survey, IMV said. However, the Des Plaines, Ill.-based firm said, as with CT, it was still expected to grow, and currently is forecast to reach the top modality ranks for valvular heart conditions in the next three years.

Overall, nuclear medicine and echocardiography remain top of the pops among cardiologists, according to the survey. More than 60 percent of surveyed practices own or lease SPECT or SPECT/CT equipment, and 95 percent have at least one heart ECHO unit, IMV said. Echocardiography also occupies one of the top two spots in 10 of the 11 conditions included in the survey, IMV said.