Survey: Medical offices will spend thousands on iPads, other tablets, next year 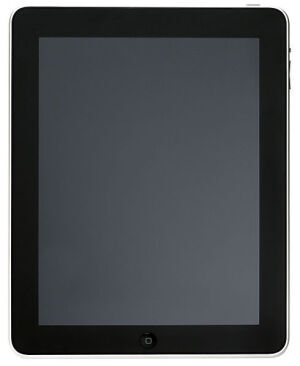 Doctors want one of these.
Many medical and dental offices plan to spend thousands of dollars buying tablet computers like the iPad next year, as the technology continues to shake up health care.

The finding comes from a new survey on technology-purchasing trends of small and medium-sized businesses (SMBs). The survey, The NPD Group's third quarter SMB Technology Report, also found that three-quarters of the practices polled said they're in the market to buy.

This probably shouldn't come as a huge surprise. Since its release in spring 2010, the leading tablet, Apple's iPad, has been embraced by the industry. Prestigious medical schools like Stanford University give one away to incoming students. This year, the American Medical Association hosted its first design-an-app contest, getting doctors to create programs for smartphone or tablets. And anyone who attended this year's Radiological Society of North America's annual conference knows that nearly every vendor is working to create a PACS or electronic health record that can be accessed on the go.

Of course, penetration in the market is still low in some places. A Kaiser Health News report this week, citing a West Wireless Health Institute official, said only one percent of hospitals have functional tablet systems.

But The NPD Group's report suggests, at least for smaller offices, tablets are definitely in their future.

Of the small- and medium-sized medical and dental offices surveyed for the report, 76 percent said they intend to buy tablets over the next 12 months. And they'll spend about $6,800 on the technology, NPD told DOTmed news by e-mail, after we asked them to break down the report's findings for the medical sector.

Interestingly, the medical sectors' buying intentions match up with those in other industries. All told, about 73 percent of SMBs -- that is, companies with fewer than 1,000 employees -- plan to buy a tablet over the next year. The average amount they expect to spend on the tablets is $21,000, according to the survey, which was carried out in September. And overall, more businesses are mulling tablet buys than before: in NPD's second quarter survey, only 68 percent said they intended to purchase tablets over the next year.

According to the report, most of those looking to buy tablets want an iPad, which is quickly becoming the eponym for a tablet computer, the way the iPhone has for smartphones and the iPod for digital music players.

"The iPad, just as it is in the consumer market, is synonymous with 'Tablet' in the business market, leaving Apple poised to take advantage of the increased spending intentions of these SMBs," Stephen Baker, vice president of industry analysis at NPD, said in a statement.