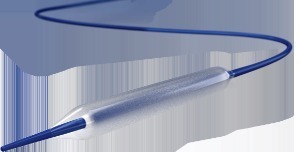 Lutonix, based in Minneapolis, has just started recruiting patients for a multi-center trial of its experimental device, Moxy. This drug-coated balloon catheter is being studied for treatment of peripheral vascular disease. The device works by inflating and delivering the drug paclitaxel to the arterial wall to prevent restenosis. However, the device delivers the drug during a single, 30-second inflation, and does not involve implanting a stent.

The trial, expected to wrap up by 2014, will compare the new device against standard angioplasty.

Lutonix has already received CE marking for the product, and will likely start selling it in Europe in the second half of next year, Bard said. The global market for these sorts of products could reach over $1 billion over the next decade, the company said.

Bard, headquartered in Murray Hill, N.J., said the transaction would probably reduce earnings per share by about 25 cents next year.