KLAS says which CT vendor is the 'dose leader' 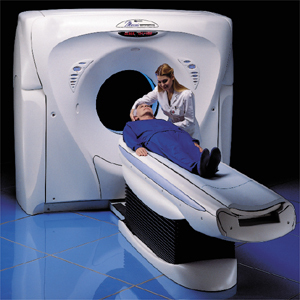 Finding ways to help providers lower radiation dose is all the rage among CT scanner vendors. Now, market research firm KLAS has surveyed end-users to see how they feel about different vendors' scanners for dose-lowering abilities, as well as overall performance, in its new report, CT 2011: Focused on Dose, announced Wednesday.

Overall, Orem, Utah-based KLAS said Siemens Healthcare and GE Healthcare edged past Toshiba Medical Systems to take the top spot in performance reviews. In a graph provided in the report teaser, Siemens' Somatom Definition Flash led the pack, with 78 percent of the appropriate respondents apparently "evangelists," the firm's term for those who recommend the product, and with no "naysayers," those who actively talk it down. The second highest-rated 64-slice product on the graph, GE's LightSpeed VCT 64, had 67 percent evangelists and 10 percent naysayers, though its marks were practically identical to those given to Toshiba's Aquilion 64 and Aquilion One.

"Though Toshiba is not first this year, they ranked second by very slim margins. They have been known for service and support and set the bar for the other vendors in that area," report author Kirk Ising said in a statement.

Ising also teased providers' feelings about who was the "low dose leader," saying 38 percent of providers feel this moniker belongs to Siemens, with 32 percent saying it goes to GE.

"On the other hand Toshiba and Philips trail the top two vendors, both with only 15 percent of the provider votes. Siemens' commitment to research and development and technology help Siemens stand out as the leader in the low dose perception," Ising said.

Ising also said Philips and Hitachi were generating buzz with new offerings. On Philips' side, it's the Ingenuity CT, and for Hitachi, Scenario, the company's first 64-slice on the U.S. market, KLAS said.