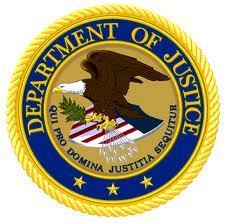 Medical device giant Medtronic agreed to pay $23.5 million to settle claims it paid doctors illegal kickbacks to use its defibrillators and pacemakers, the Department of Justice said Monday. The allegations were made in two suits brought by whistle-blowers, who under federal laws stand to pocket nearly $4 million, the DOJ said.

In its case, the government argued that the Fridley, Minn.-based company used two follow-up studies for its devices and two device registries as vehicles to pay doctors to use its equipment. While Medtronic did collect patient data, it also allegedly paid doctors $1,000 to $2,000 per patient, according to the DOJ. Prosecutors said the aim was to convert doctors into Medtronic customers or to continue implanting its devices.

The government charged Medtronic with violating the False Claims Act, as it argued Medtronic caused false claims to be made to Medicare and Medicaid.

"Patients trust that decisions to implant certain pacemakers or other medical devices are based on their own health interests and not influenced by kickbacks," Daniel R. Levinson, Inspector General of the Department of Health and Human Services, said in a statement.

Three of the whistle-blowers who brought the suit will share $3.8 million, while a fourth will receive $160,160.00, according to a statement by Sanford Wittels & Heisler, a law firm that filed one of the suits in Minnesota. The other was filed in California.

Medtronic previously disclosed the settlement and recorded the hit to its current fiscal year, according to reports.