KLAS finds 76 percent of providers aiming for the 'cloud' 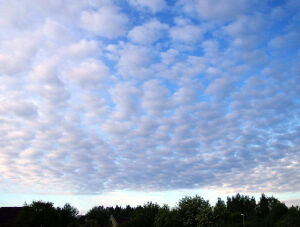 Most U.S. health care providers are looking to set up some sort of a "cloud" solution, many in the next year, although it appears to be gaining favor quicker among smaller, private practices as it lets them outsource data management worries, according to a new KLAS report teaser.

Still, the Orem, Utah-based health care research firm said most providers are nervous about the so-called public clouds, like the ones run by Amazon, and prefer "private" clouds that give them their own designated servers.

The report, "Path to Cloud Computing Foggy: Perception Study 2011," announced Friday, gauges physicians' receptiveness to cloud computing -- that is, storing data in usually outside servers, maintained by vendors, that are accessible from multiple locations, often through a website.

According to information shared in the teaser by KLAS, big hospitals, those with over 1,000 beds, were the least likely to say they intended to put some data or processes on the cloud, while smaller, stand-alone clinics were the most likely.

"I can see why physicians who have their own practices might all want to use cloud solutions. Then they wouldn't have to worry about the security of the data on-site in their office," a doctor from a big clinic with 300 physicians told KLAS.

For those who intend to implement some sort of cloud solution -- for PACS, e-mail or clinical applications -- the timeline is pretty short. About 68 percent of institutions intending to set up a cloud feature said they'll do it in the next 12 months. Only 8 percent said they'll do it more than two years from now.