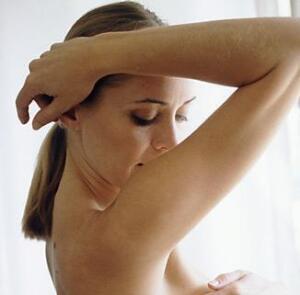 Women in their 40s without a family history of breast cancer are as likely to develop invasive or metastatic breast cancers as those with close relatives who have had the disease, according to a surprising new study presented Tuesday at the Radiological Society of North America's annual conference in Chicago.

The preliminary study -- it has not been published in a peer-reviewed journal yet -- heaps more coals on the already fiercely burning debate as to whether younger women should receive screening mammograms.

The findings are at odds with a controversial 2009 recommendation from the U. S. Preventive Services Task Force that urged normal-risk women in their 40s not to undergo routine breast screening, arguing that the benefits were outweighed by the risks of false positives, patient anxiety and other factors.

But the current study, by showing women with no relatives with breast cancer have similar risks of serious disease as those with a family history -- thought previously to be at higher risk -- suggests that most women in their 40s could stand to benefit from screening.

"The recommendation should be that women in their 40s have a screening mammogram," Dr. Stamtia Destounis, a radiologist and managing partner at Elizabeth Wende Breast Care in Rochester, N.Y., told attendees at a press conference Tuesday.

Destounis said as of 2011, breast cancer is the leading cancer diagnosis in women (about 30 percent of diagnosed cancers), according to figures from the American Cancer Society, which also supports women in their 40s receiving annual screening mammograms.

The retrospective study trawled about 10 years worth of cases at Destounis' clinic. She said of the nearly 1,000 patients in their 40s who were diagnosed with cancer at her clinic in that time period, 373 were women who had been diagnosed after a screening.

Of this screening population, 144 had a family history of breast cancer -- that is, a mother, sister or more distant relative who had a pre- or postmenopausal lesion; and 228 women had no known family history.

"Family history does not seem to impact the rate of invasive disease in our patient cohort," Destounis said.

Still, the findings are somewhat preliminary. Destounis said they're still running their analysis, and hope to have evidence as to whether there's a survival difference in the two groups by the time the study's ready for publication.

RSNA 2011: GE Healthcare brings ultrasound to the next level