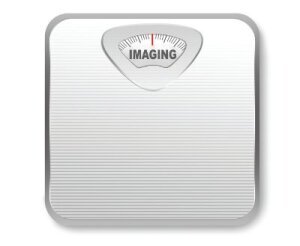 From the September 2011 issue of HealthCare Business News magazine

While the health consequences of obesity, such as heart disease and diabetes, have been well publicized, the challenge of providing health care to this ever-growing population is recently grabbing more media attention.

More than one-third of adults (over 72 million people) are obese in the United States today and these rates have doubled since 1980, according to the Centers for Disease Control and Prevention. And experts say the current obesity epidemic is on track to progress each year. A study in the October 2008 issue of Obesity, in fact, projected if the current trends in the obesity rates continue, 86 percent of adults will be overweight or obese and 51 percent will be obese by 2030.

“What happens is that when you shift the weight curve where the average person is heavier, you get a much bigger increase in the percentage of people who are severely obese,” says Dr. Larry Cheskin, director and founder of the Johns Hopkins Weight Management Center in Baltimore. “We’re hardly finding anyone who is underweight these days unless they have some sort of undiagnosed health condition.”

The obesity epidemic also impacts the nation’s wallet. In 2008, overall medical care costs related to obesity for adults were estimated to be as high as $147 billion, says the CDC.

So who exactly is considered obese? A body mass index of 30 or above pushes a person into the obese category. And anyone 100 pounds above their ideal body weight, with a BMI higher than 40, is thought of as “morbidly obese.”

When patients tip the scales at such heavy numbers, providing routine medical care becomes increasingly difficult. Everything from a simple weigh-in to obtaining an accurate medical image or performing surgery requires diversions from normal treatment procedures. Examination tables and hospital scales, for example, often have a maximum capacity to only support a patient who weighs up to 350 pounds.

“If you have a really large patient and you must get their weight, unfortunately, you often have to use a laundry scale or send them to a veterinary school or zoo to be weighed,” says Dr. Chemen Tate, associate professor of obstetrics and gynecology at Indiana University Hospital in Indianapolis. “If your patient is in the 400 to 500 pound range, there just aren’t scales in the hospital to measure someone that heavy.”

Tate explains that obesity can also increase a patient’s risk of complications during surgical procedures.
1(current)
2
3