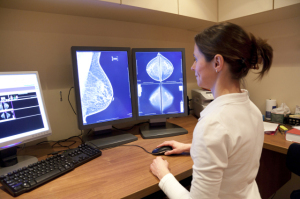 From the May 2011 issue of HealthCare Business News magazine

Less than two years ago, the Radiological Society of North America annual meeting had a last-minute hot topic to add to discussions. On Nov. 16, 2009 the United States Preventive Services Task Force announced revisions to its mammography screening guidelines and the public, already on heightened alert about all things health care due to the ongoing coverage about reform, did not take the news well.

Dr. Michael LaFevre, co-vice chair for the USPSTF, admits the timing of the announcement was unfortunate but unavoidable. “The timing of announcements is out of our control. When there’s something to announce, it’s submitted and put into a publication queue,” he says.

The timing of the announcement was one problem; the actual message was another. For some, it felt like a flashback to 1996. That year, the task force recommended women aged 50 to 69 go for screening every one to two years. While the new guidelines did bump the maximum age to 74, the frequency was increased to two years. The minimum age recommendation had been lowered in 2002 when the guidelines introduced that year suggested screening every one to two years after a woman reached 40.

[Looking for the lowdown on the latest mammography equipment? Read about it here]

Reasons for the revisions
It’s not unreasonable for the panel to revise or even reverse recommendations over time. The average stint on the panel is just three years, although panelists can serve longer, depending on circumstances.

That means there are different individuals and different interpretations of research. Further, new research may influence the need for revisions. “We try to update our recommendations every five years,” LaFevre says. “But some may drift out longer because of other work.”

Dr. Deanna Attai, communications committee chair for the American Society of Breast Surgeons, is among the large group of professionals who wish the updated recommendations were delayed longer, choosing to stick with the previous incarnation. “We’re basically endorsing annual screenings for women over 40,” she says of the ASBS’s own guidelines.

While she acknowledges there are some drawbacks to early screening such as the increase in false-positives among younger women due to denser breast tissue, she supports screening at the earlier age because catching cancer early in younger women is often a lifesaver since it’s more likely to be an aggressive form.
1(current)
2
3
4