Proton therapy: Can you afford it?

Proton therapy: Can you afford it? 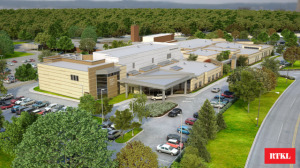 This spring, huddled inside a Philadelphia hotel room, proton therapy community leaders listened to a spruce, academic man with a trim beard as he crushed the optimistic projections for the industry.

For the two or three dozen assembled guests, mostly equipment vendors or managers of the handful of proton therapy centers in the United States, the bubble was popped. The United States would not witness the construction of 100 or 200 of the hugely expensive, high-tech cancer treatment rooms, as was previously speculated. It would bear at most 20 to 30 centers over the next decade.

The speaker, Alan Morrison, an investor who had helped arrange funding for proton therapy centers for the past decade with equity group ZAC Capital Partners, said that capital costs had risen too much for the rosiest projections to come true.

Still River, a startup with a “budget” one-room system in the works, hopes that its lower-cost systems could turn that dream into a reality. The company also hopes to expand access to the technology – and not just to providers. Sick patients often have to travel across the country to receive proton treatments.

But it’s unclear if the lower-cost technology will give every radiation oncologist access to protons. What’s more, some critics of proton therapy worry about its spread. A few high-profile academics, executives and researchers fret that proton therapy is driven more by profits than by science, with one influential former health care executive saying the advent of protons signaled a worrisome turn in the industry.

“President Eisenhower warned us about the military-industrial complex,” wrote Paul Levy, former CEO of Beth Israel Deaconness Medical Center and author of the popular blog “(Not) Running a Hospital”, on a post at Kevin MD last fall. “We have now entered the era of the health care-finance industry complex.”

Big potential
Although the technology has been around since shortly after World War II, few proton therapy centers exist in the world. Since the first “commercial” center opened at Loma Linda University Medical Center in California in 1990, about nine have been built in the U.S. and 21 or so worldwide. Close to half a dozen U.S. centers are currently in development, but the exact number is disputed, as many projects are what Morrison dubbed “press release projects,” announced amidst a fanfare of publicity only to die quietly from neglect.
1(current)
2
3
4
5
6
7

FLASH therapy: An inside look at this innovative treatment technology