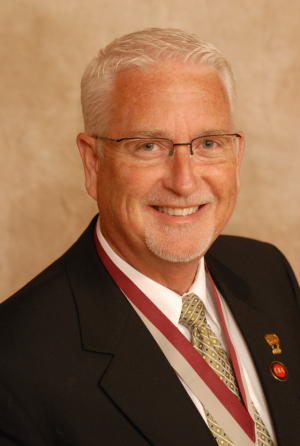 In the nearly four decades since its founding, the AHRA has made a number of changes. From its days as American Hospital Radiology Administrators to the American Healthcare Radiology Administrators to its current incarnation using the tagline “The Association for Medical Imaging Management,” it has changed in response to the needs of its members and the medical community as a whole. Roland Rhynus, 2010-2011 president for the association, spoke with DOTmed News to explain why the changes made sense and to discuss the current and future goals for the association and his presidency.

Rhynus: I’ve been in the industry since 1975. My entire career has been in imaging in one way or another. It actually started before CTs and MR, but I became acquainted with the technology and was a tech for both.
I worked on the commercial side of the industry for five years at a major OEM, then worked in out-patient imaging for some years and had a firsthand look as new regulations came through, and I had the opportunity to work with a lot of great people. I’ve also had that opportunity during my time at the AHRA. I’ve been a member since 1981. I served on a lot of committees and I’ve served during the association’s morph from regional to a centralized national structure.

DMBN: What are you most proud of from your time in the industry?

Rhynus: I’m probably most proud of my association with the AHRA. I’m a people person, so I’d rather deal with people than budgets. My take on the best thing I’ve been able to do with the association is to foster the feeling that it’s OUR association and that members are an integral part.

DMBN: How would you define the role the association plays?

Rhynus: I would say we’re really like the Library of Congress for imaging leadership. Collectively, we’re engaged in the intricacies of running quality safe imaging operations. When our members go abroad and realize that radiologists are being tasked with many of the things we do and a AHRA member speaks with them, the radiologist says, “Wow, you probably do a great deal better than we do, because I should be focused on procedure.” It really opens up some communications.
1(current)
2
3